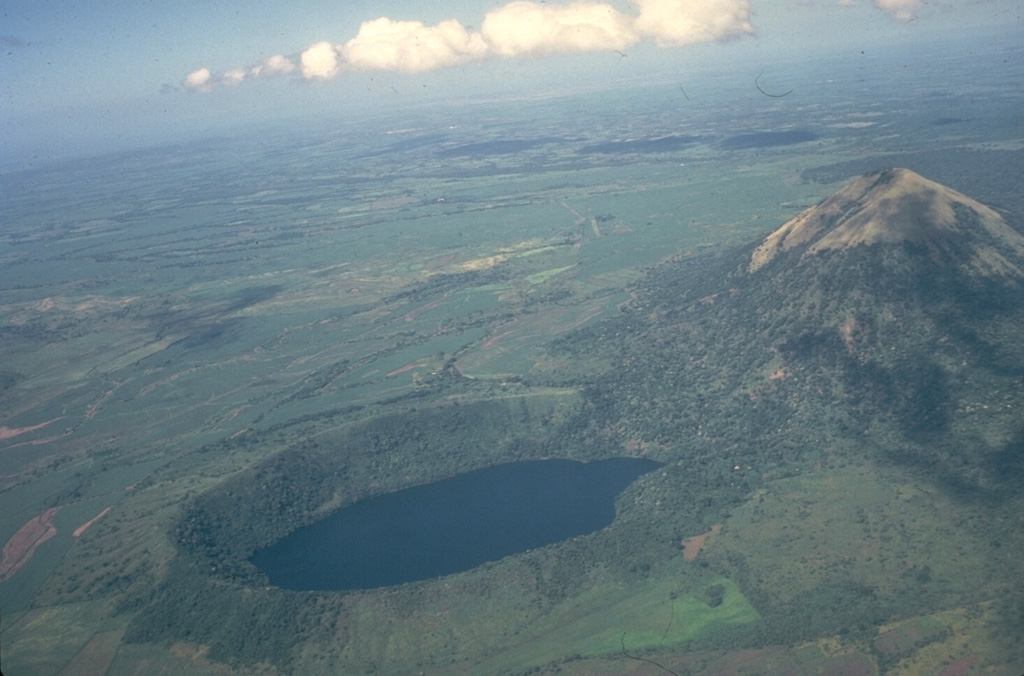 The lake-filled Laguna de Asososca maar in the foreground and the Cerro Asososca cone to the right were formed by eruptions at the southern end of a N-S fissure system of the Las Pilas volcanic complex in Nicaragua. The ages of these vents are not known. This view looks from the NE across the broad plain at the foot of the Cordillera de los Maribios to the Pacific Ocean in the distance.