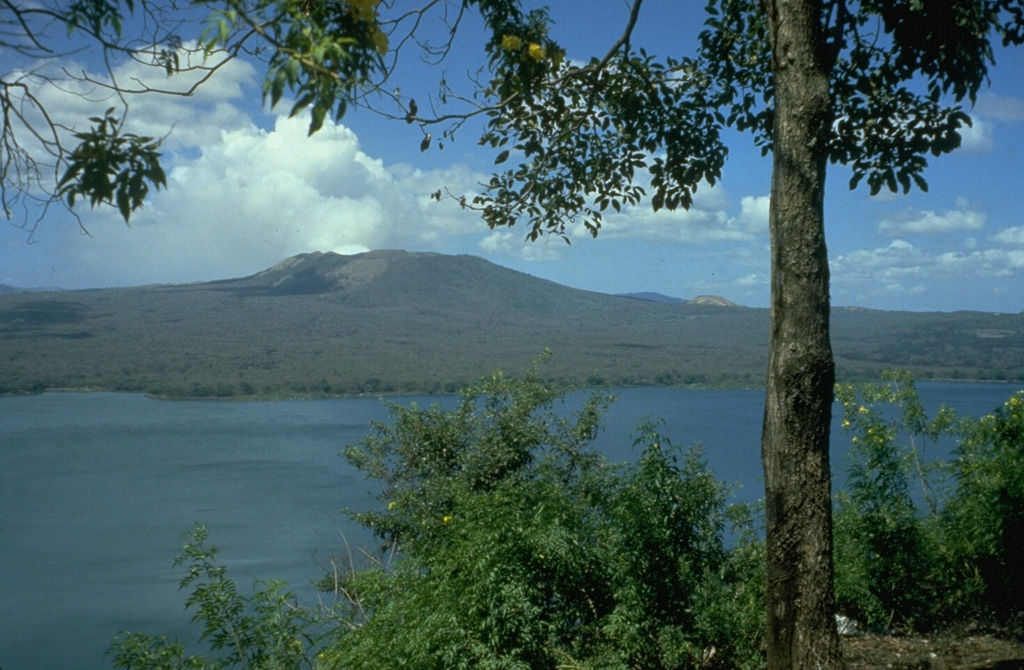 Masaya is one of Nicaragua's most unusual and most active volcanoes. It is a broad, 6 x 11 km basaltic caldera with steep-sided walls up to 300-m high. The caldera is filled on its NW end by more than a dozen vents erupted along a circular, 4-km-diameter fracture system. The twin volcanoes of Nindirí and Masaya are seen here from the east caldera rim above Lake Masaya. Masaya has been frequently active since the time of the Spanish Conquistadors, when an active lava lake prompted several attempts to extract the volcano's molten "gold."