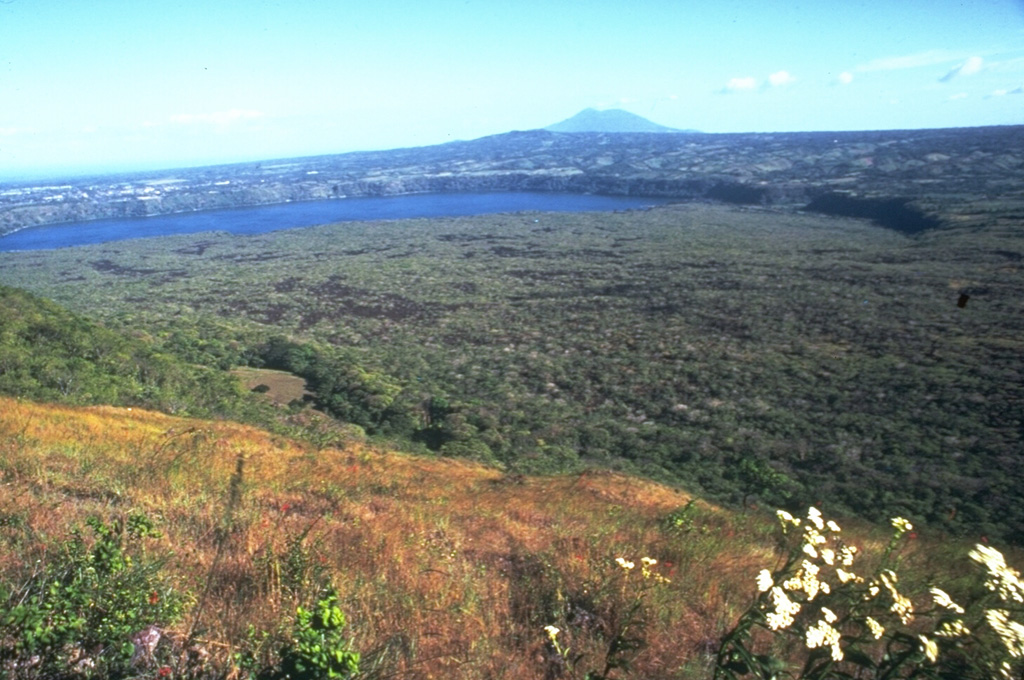 A broad expanse of lava flows extends across the floor of Nicaragua's Masaya caldera, with the wall forming the arcuate rim in the background. The lava flows originated from the post-caldera cones of Masaya and Nindirí. Lake Masaya is located against the eastern caldera wall. Recent lava flows have flooded much of the caldera and have overflowed its rim in one location on the NE side. This view from the NW shows Mombacho volcano in the distance.