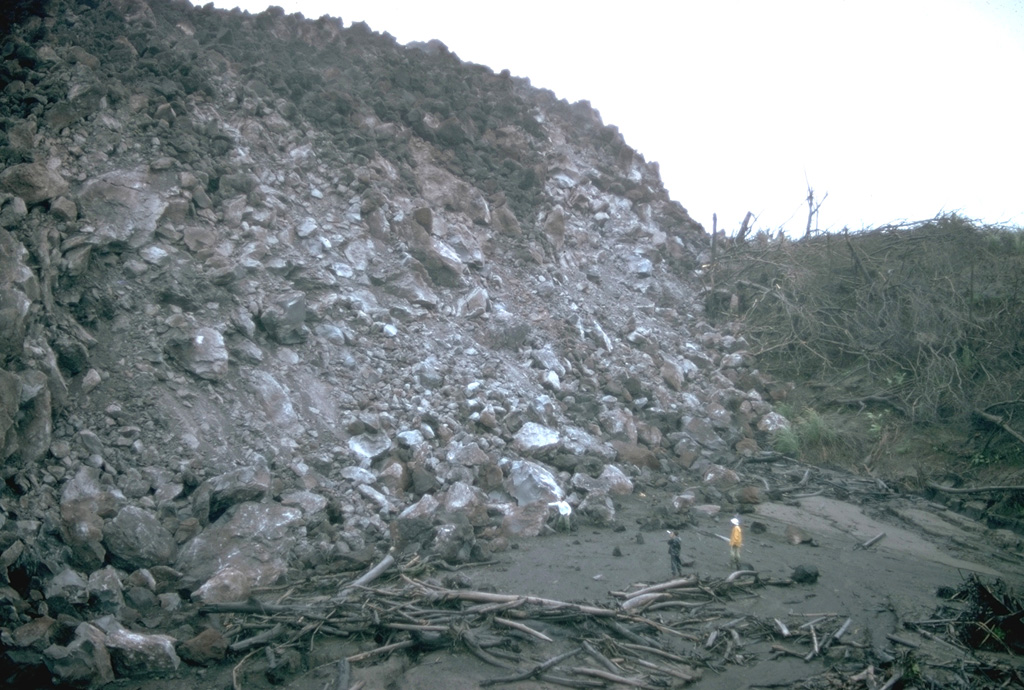 Geologists stand in front of a steep lava flow margin in the Río Tabacón. Lava emission began on 19 September 1968, and in October the flow was advancing at rates of 10-30 m/day. By the time of this photo in November 1968 it had reached about 2.5 km from its source on the western flank. This area has now been buried by younger flows.