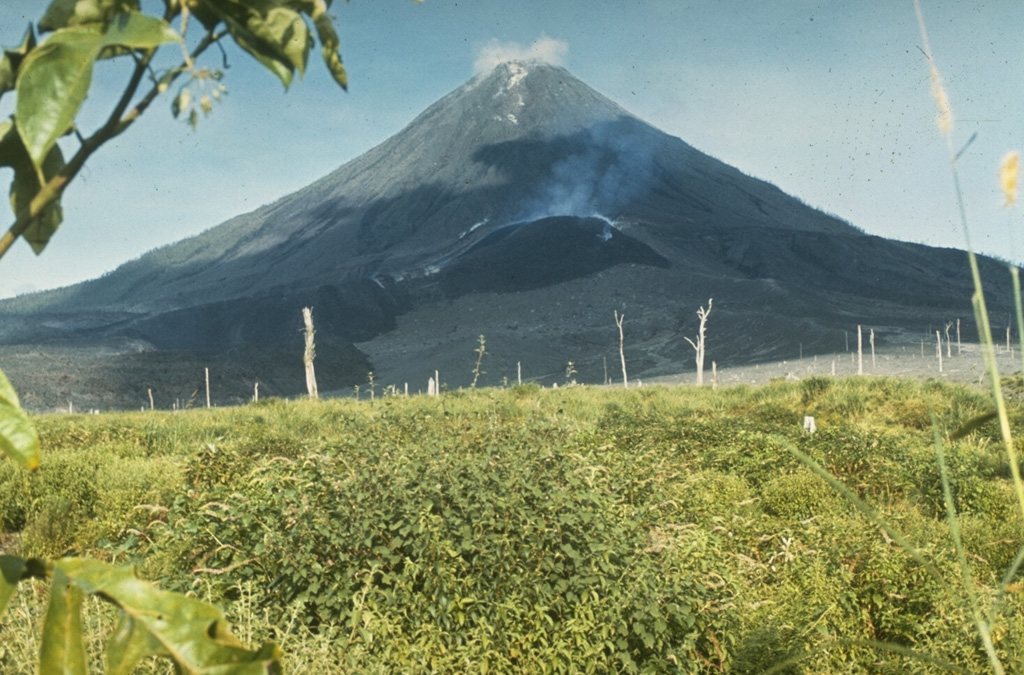 A lava flow descends on the west flank of Arenal volcano on from a degassing vent (Crater A) 6 September 1969. The flow overlies unvegetated terrain at the base of the volcano that was devastated by powerful explosions at the onset of an eruptive period beginning in July 1968. Continuous explosive activity accompanied by slow lava effusion continued from vents at the summit and upper western flank.