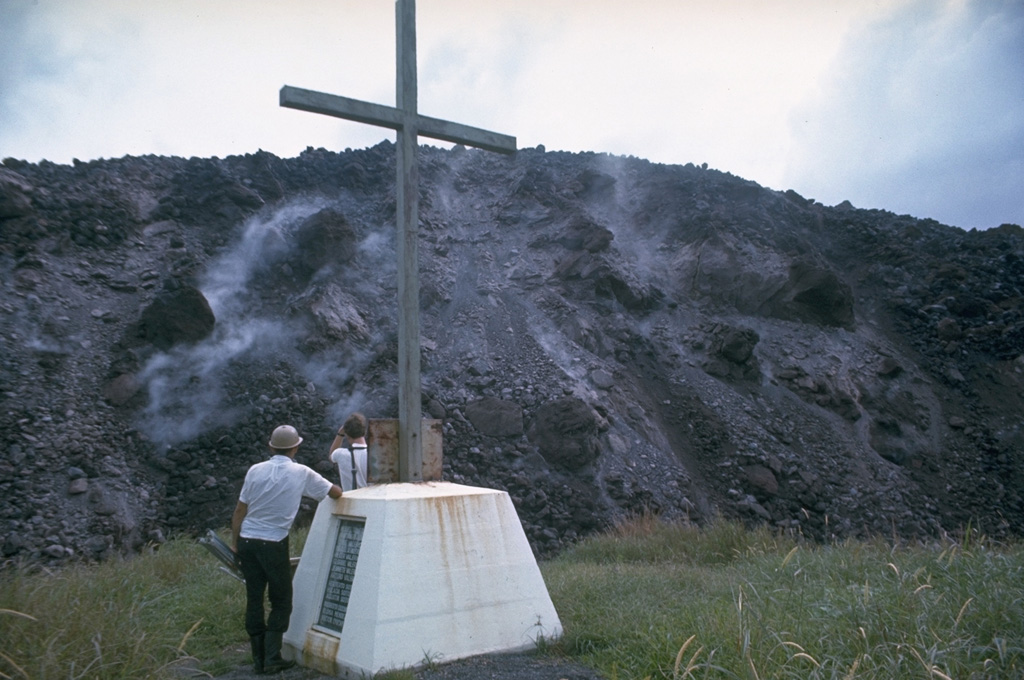 The margins of a lava flow descending the WNW flank of Arenal rise above a monument to victims of a powerful explosive eruption in July 1968. Lava flow effusion began on 19 September 1968 and by the time of this December 1968 photo had reached about 2 km from the vent on the lower west flank.