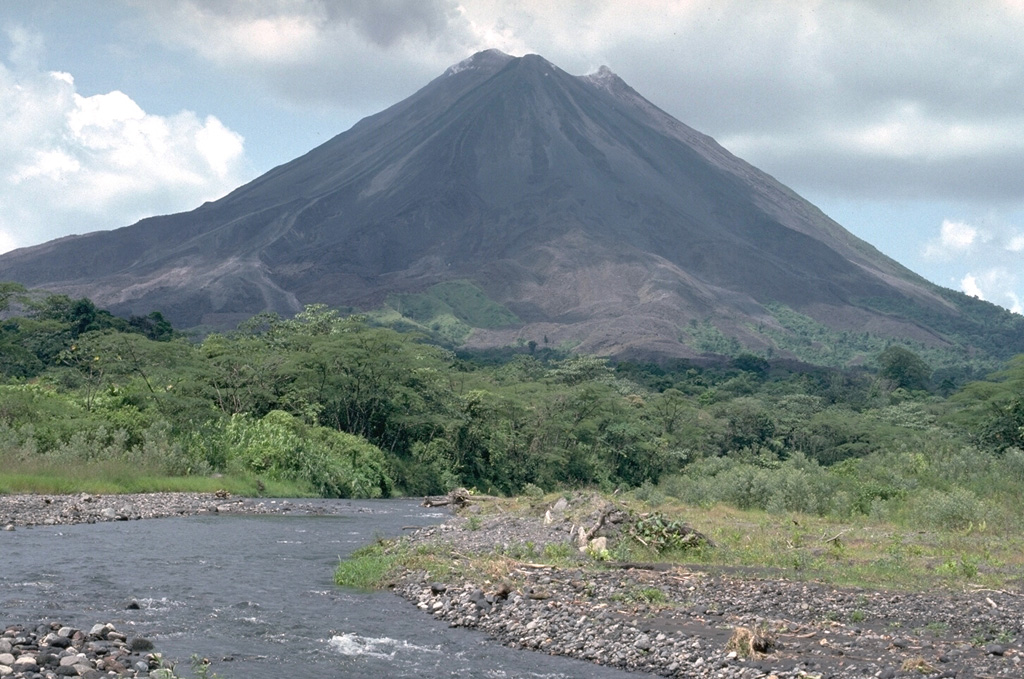 This 1992 view from the SW looks towards Arenal with the new active summit crater just right of the pre-1968 summit, the high point to the left. The 1968-onwards eruption constructed the new cone to the west of the crater from the previous major eruption in about 1525 CE. Lava flows from this eruption cover the unvegetated lower western and southern flanks.