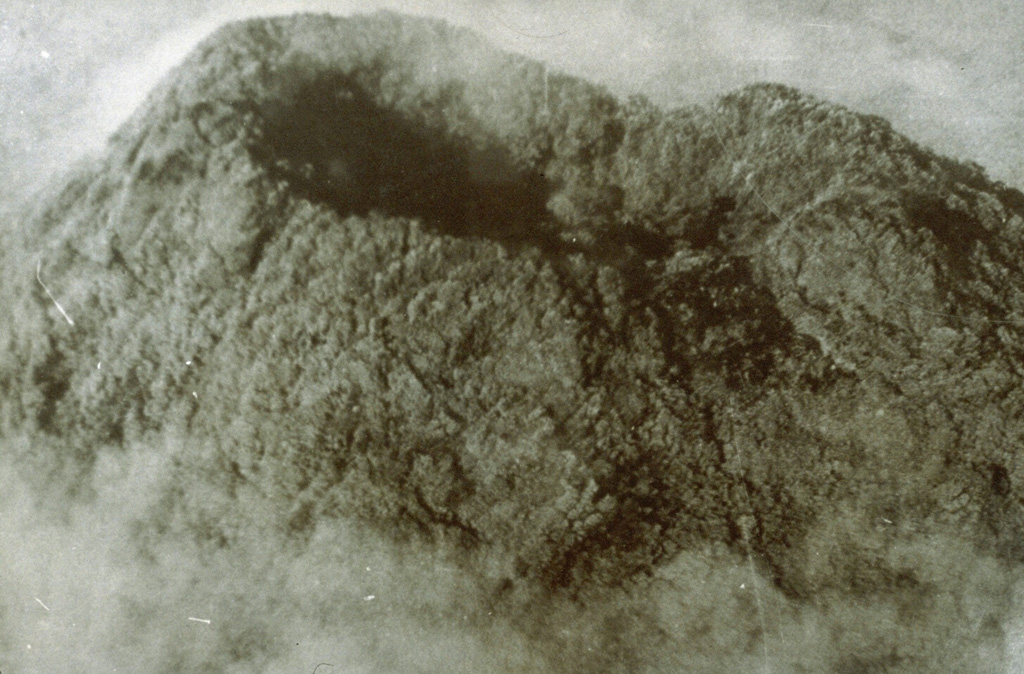 This 1968 view of the vegetated summit crater of Arenal is the only known photo of the summit prior to the major eruption that began that year. The previous significant eruption of Arenal (even larger than in 1968) took place in about 1440 CE, and also produced powerful explosions with pyroclastic flows and lava flows.