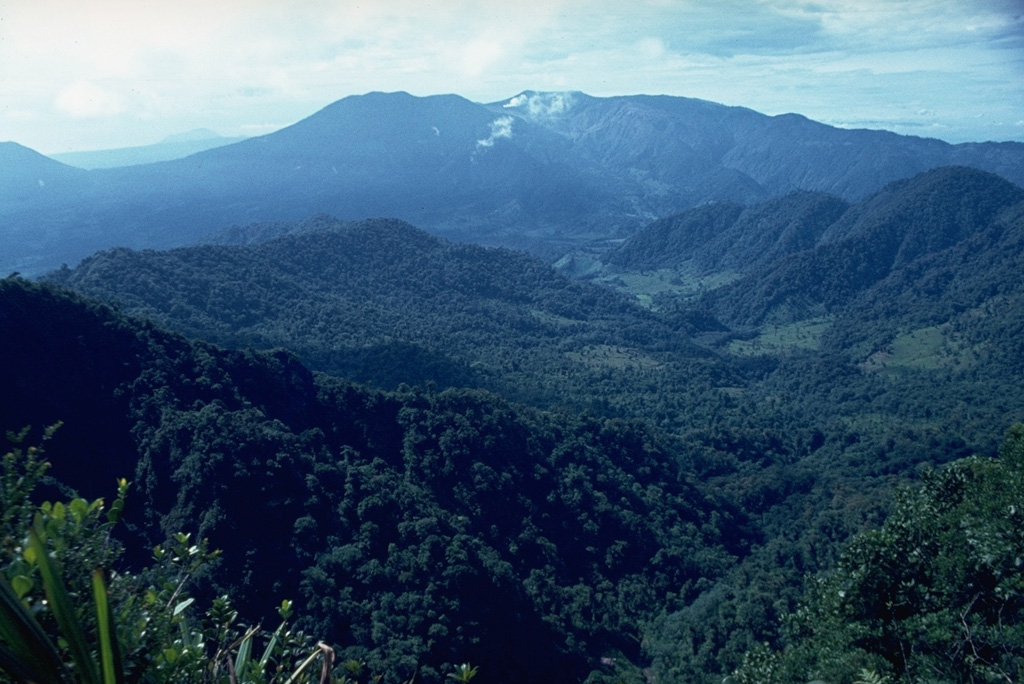 Steam clouds are visible in the distance rising from the active summit crater (center horizon) of Poás volcano in this view from the NW. The flat peak behind the steam clouds is the Botos cone (the high point of the Poás massif), and the forested peak to its left is von Frantzius cone. The slopes of Cerro Congo lie across a saddle from von Frantzius on the extreme left horizon. Two large calderas, the youngest of which formed about 40,000 years ago, are located at the broad summit of the volcano.