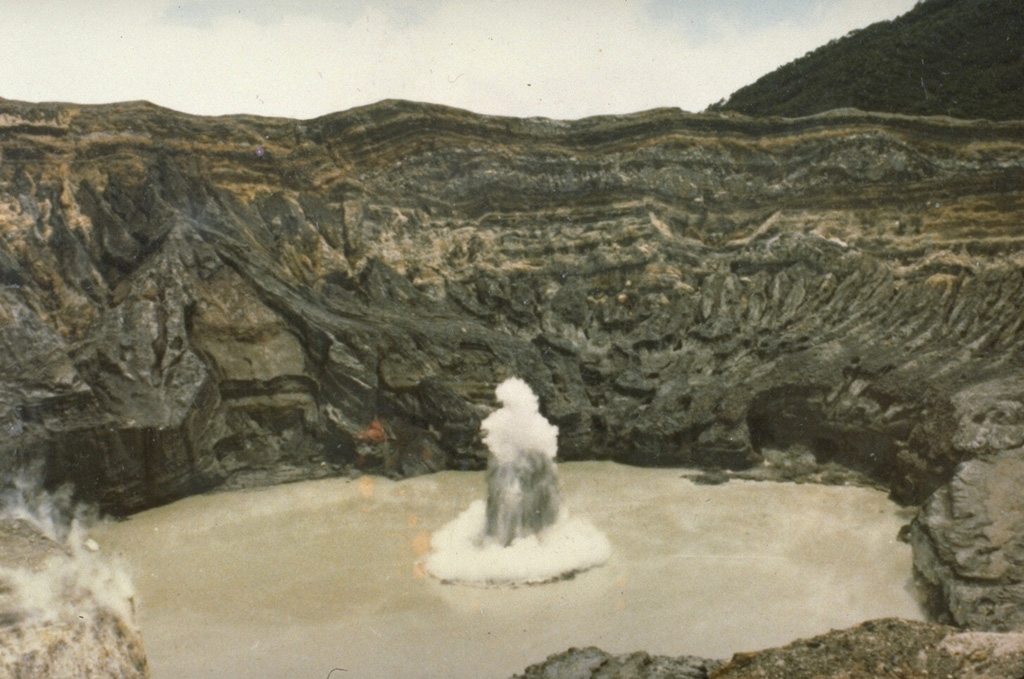 An ejection of steam and ash rises above the surface of the crater lake of Poás volcano in July 1977. The white ring at the base of the eruption plume is a steam cloud that is traveling along the surface of the lake. Mild phreatic explosions such as this one were typical of the eruption that began in May 1977 and lasted at least until July. The crater walls rise about 250 m above the lake.