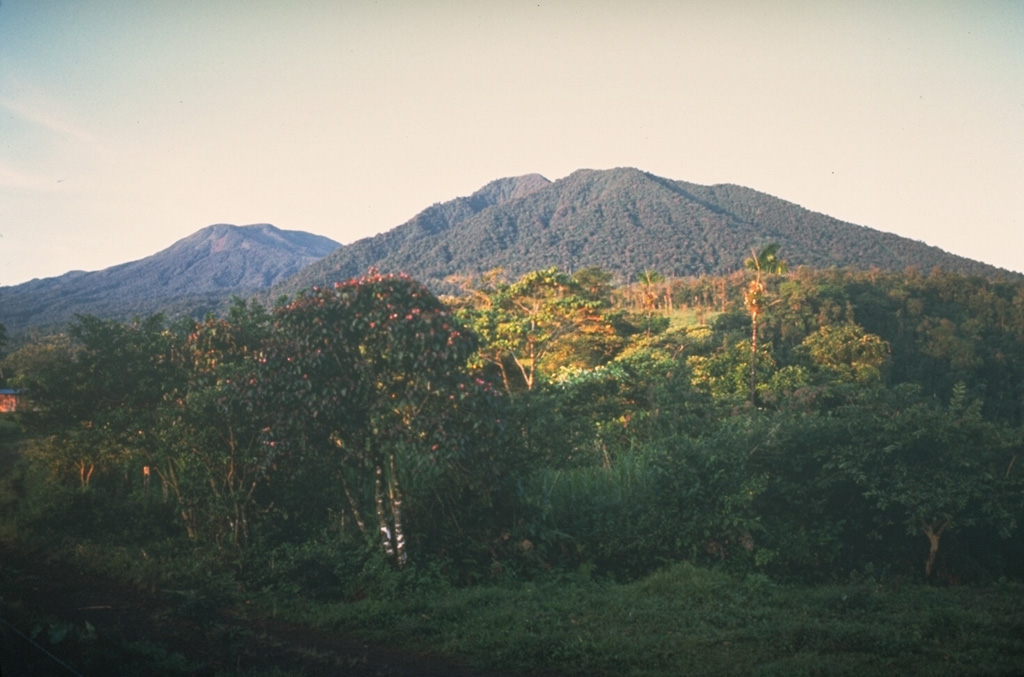 The broad Poás volcanic complex was constructed during eruptions along a N-S line. This photo from the NE shows the north-flank of 2014-m-high Cerro Congo stratovolcano in the center, with the 2639-m-high von Frantzius cone in the left background. The latest activity from Cerro Congo produced a pyroclastic-flow deposit radiocarbon dated at about 5140 yrs ago. The Laguna Hule maar at the north end of the Poás complex is located at the base of Cerro Congo, out of view to the right.