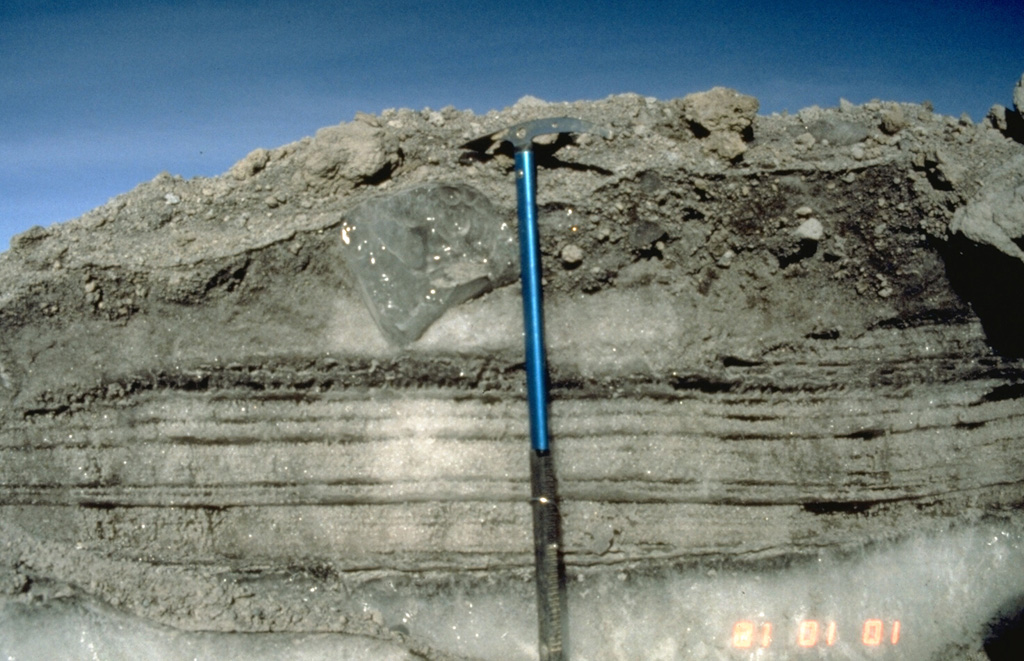 A record of the November 13, 1985 eruption of Nevado de Ruiz was preserved in ice-rich levees of pyroclastic flows. This photo, taken a month later, shows parallel-bedded pyroclastic-surge deposits, composed of snow grains and tephra, which were deposited over a pre-existing surface of clear, coarsely crystalline ice at the bottom of the photo. The surge layers are overlain at the top by coarser-grained pyroclastic-flow deposits. The clast of glacial ice (located left of the upper part of the ice axe) was scoured and incorporated into the pyroclastic flow.