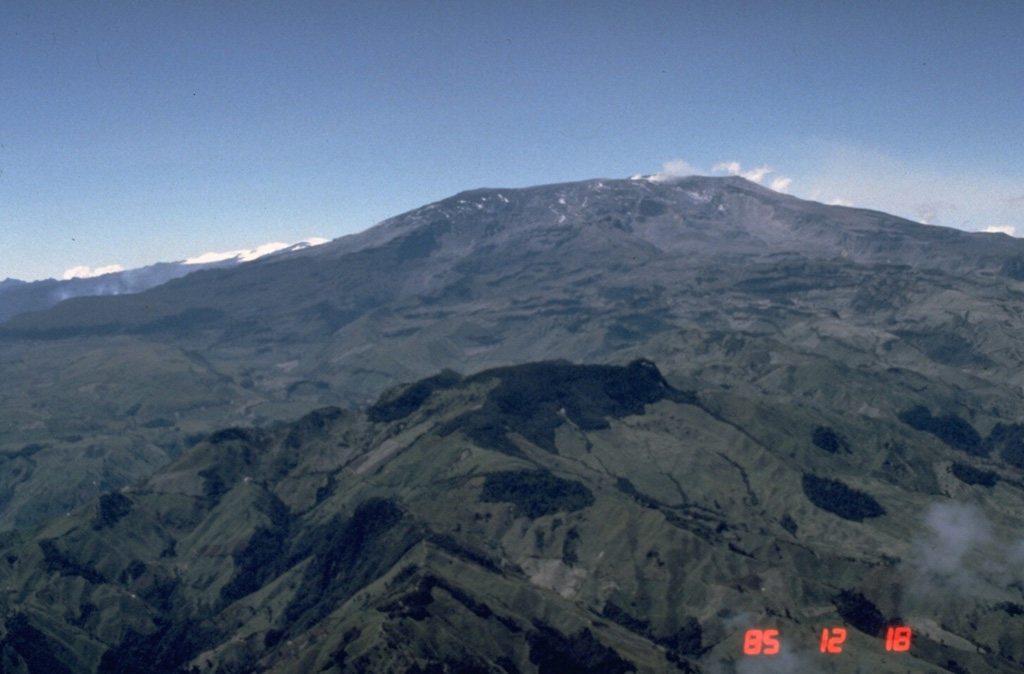 Nevado del Ruiz is a broad glacier-covered volcano that covers more than 200 km2. The modern cone consists of a cluster of lava domes constructed within the summit caldera of an older edifice. The ash-mantled summit is seen here from the ESE on 18 December 1985, a little more than a month after the catastrophic eruption of 13 November. The devastating 1985 lahars swept down four major river drainages that day and caused around 24,000 fatalities.