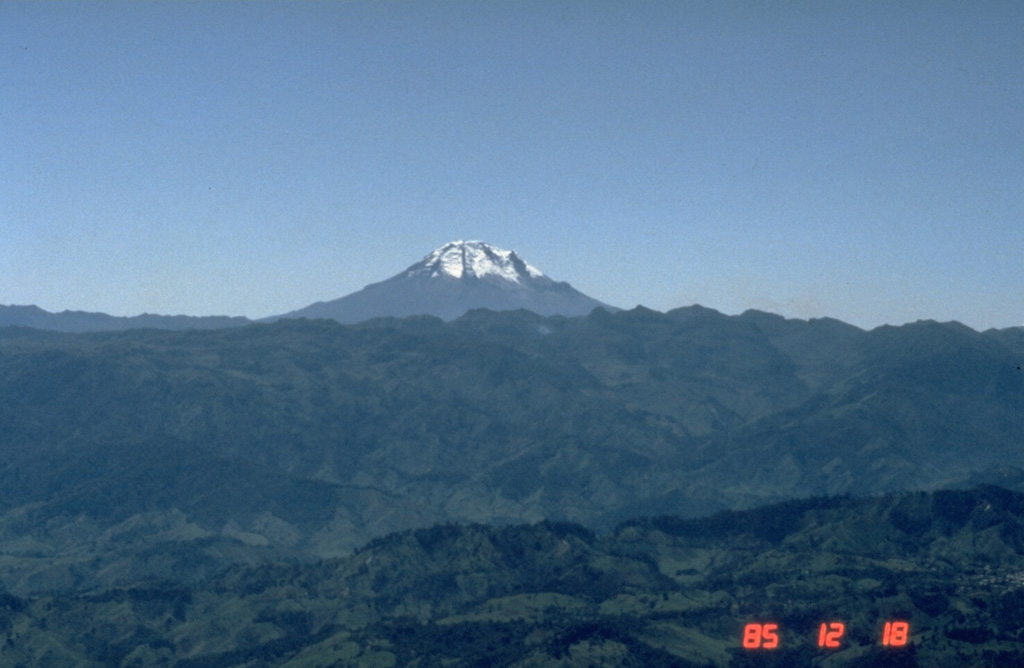 Nevado del Tolima rises to the south above the forested mountains of the Central Cordillera of Colombia. The summit consists of a late-Pleistocene to Holocene lava domes that were associated with thick lava flows and extensive pyroclastic flow deposits. A major eruption took place about 3,600 years ago and moderate historical eruptions have occurred in the 19th and 20th centuries. 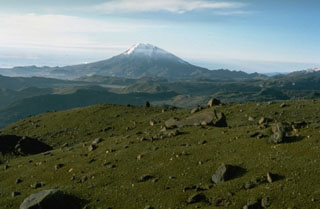