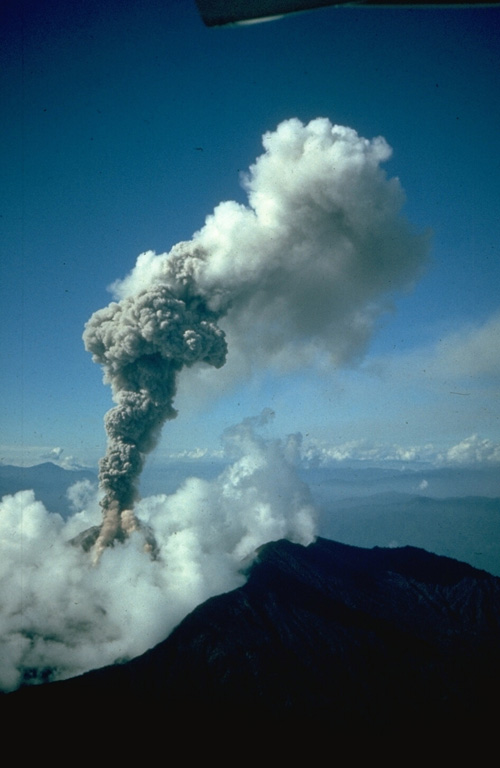 An ash column rises above the summit crater of Reventador volcano during the 1976 eruption. This view across the north caldera rim in the foreground shows a small pyroclastic flow descending the flank of the summit cone into the clouds. Pyroclastic flows began between the 2nd and 3rd weeks of the eruption, which started on January 1. They originated from collapse of the vertical eruption column and traveled down the flanks of the volcano onto the floor of the breached caldera. Pyroclastic-flow activity continued for several months.