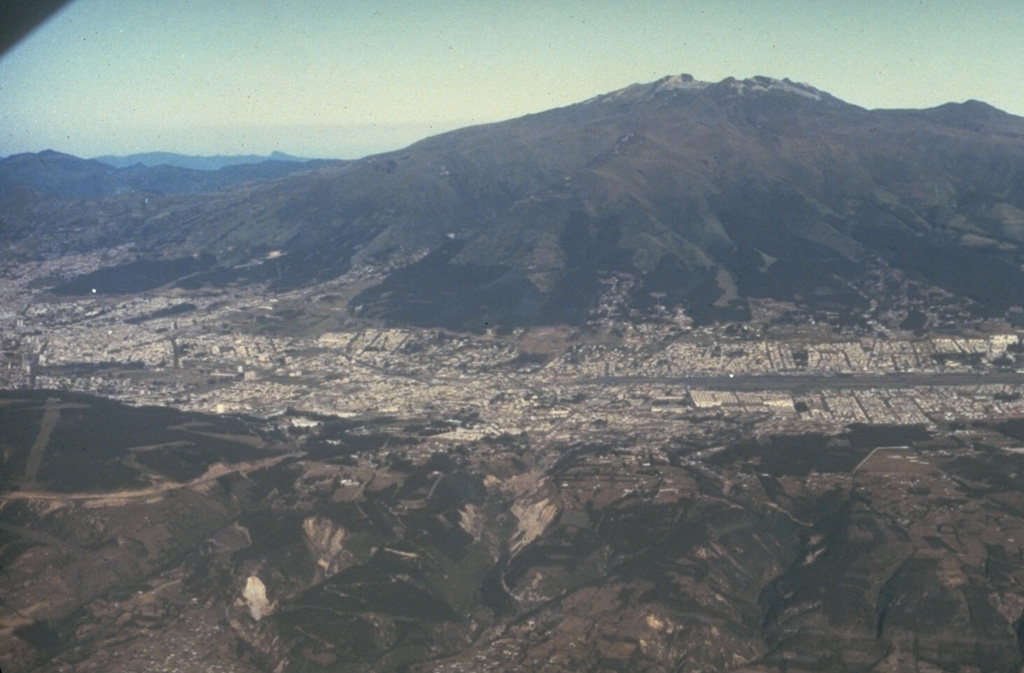 Guagua Pichincha stratovolcano rises immediately to the west of Ecuador's capital city, Quito. A small lava dome is located at the head of a 6-km-wide breached caldera, which is out of view beyond the horizon in this photo. The caldera formed during a late-Pleistocene slope failure about 50,000 years ago. Many minor eruptions have occurred since the Spanish era; the volcano's largest historical eruption in 1660 deposited 30 cm of ash on Quito.