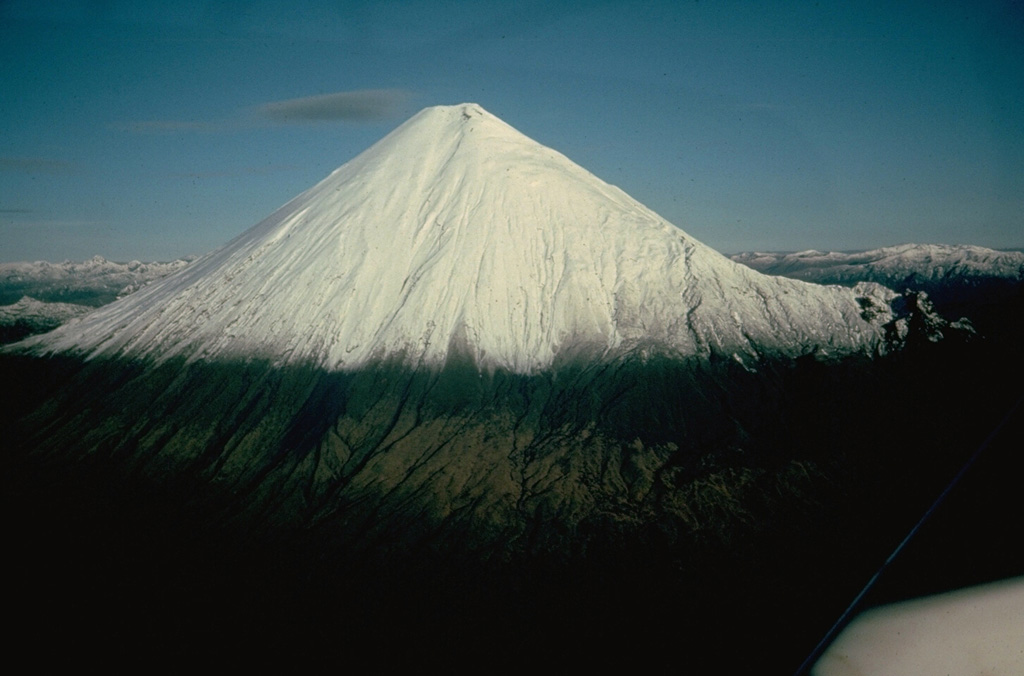 The isolated Sangay volcano towers above tropical jungles east of the Andean crest. Seen here from the NE, it is one of Ecuador's most active volcanoes and has been in frequent eruption during the past several centuries. The steep-sided, glacier-covered volcano has been constructed within the older Verdeloma somma to the south. Historical eruptions were first reported in 1628. More-or-less continuous eruptions took place from 1728 until 1916, and again from 1934 until the present.