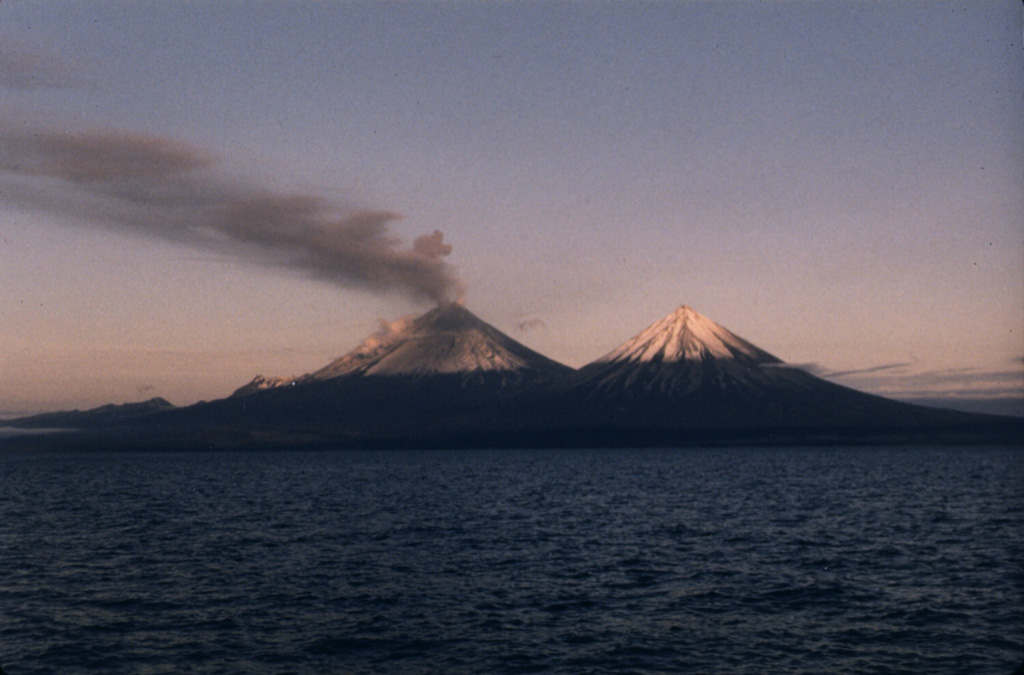 An ash plume disperses to the south in mid-July 1986, three months after the start of an eruption of Pavlof that lasted nearly 2.5 years. This photo was taken from the west on a fishing boat in Pavlof Bay, with Pavlof Sister to the right. The 1986-88 eruption produced intermittent ashfall and lava flows from two vents near the summit, one halfway down the SE flank, and another 600 m below the summit on the NE flank. Lava flows traveled to the N, NE, SE, ESE, and SSE, the latter to within 600 m of the Pavlof Bay shoreline.