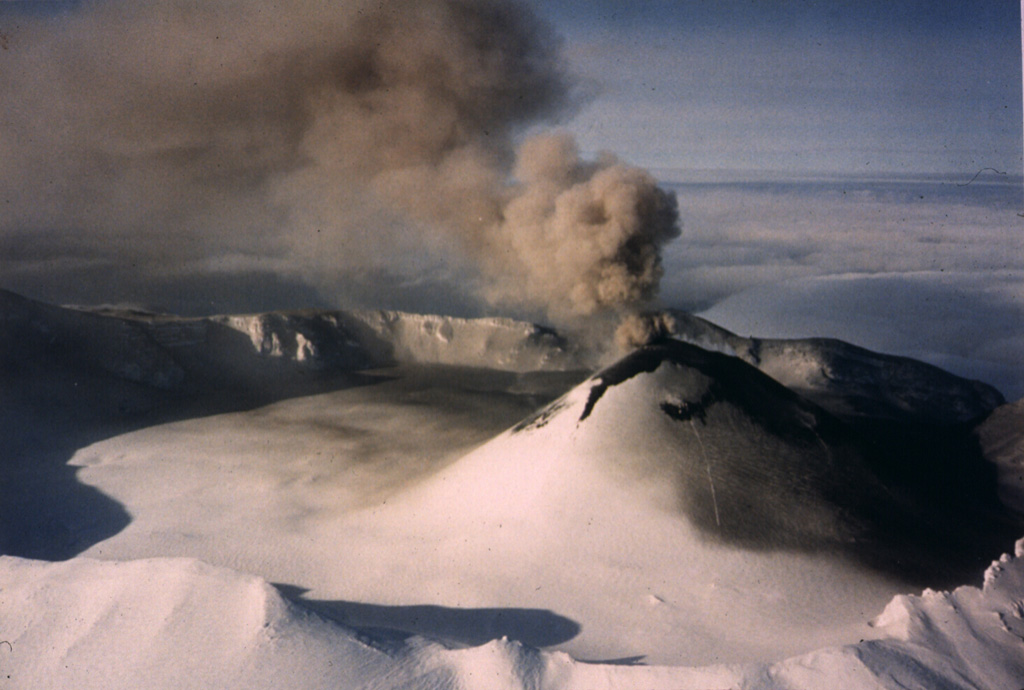 Intermittent explosive eruptions took place from the scoria cone in Akutan caldera during 31 January-2 March and 22-24 June 1987. This 11 February photo from the SE shows an ash plume rising from a crater at the top of the cone. Ash was deposited across the cone flank and the N side of the caldera floor.