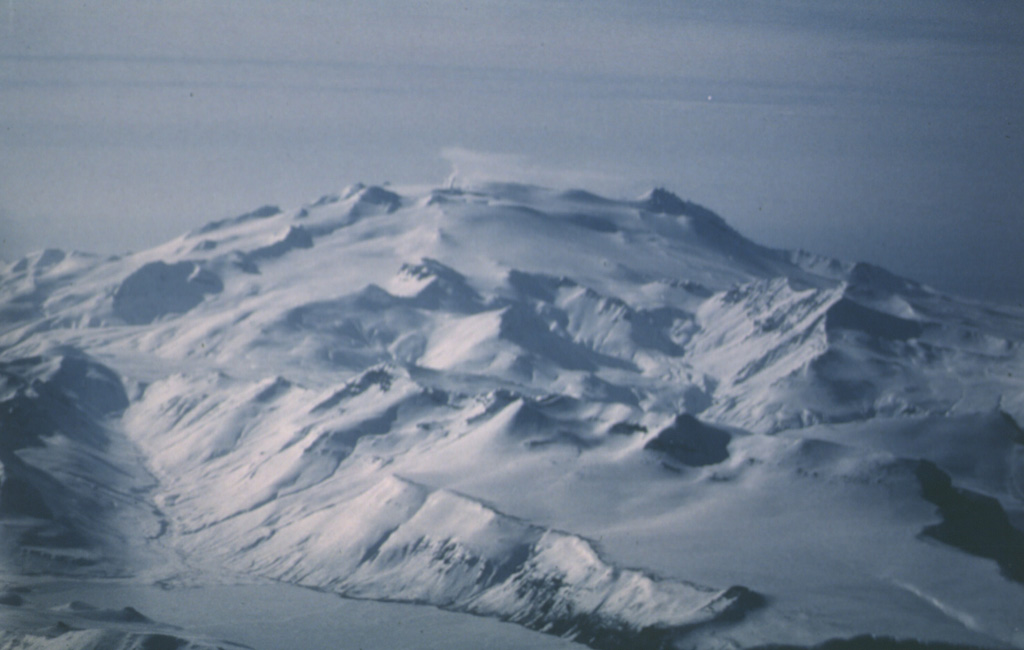 Makushin is a glaciated volcano on northern Unalaska Island. This 2 March 1987 view from the NE shows a small plume originating from a vent on the left side of the broad summit and drifting about 3 km WNW. The summit contains a 2-km-wide caldera. Minor explosive eruptions have occurred during historical time.