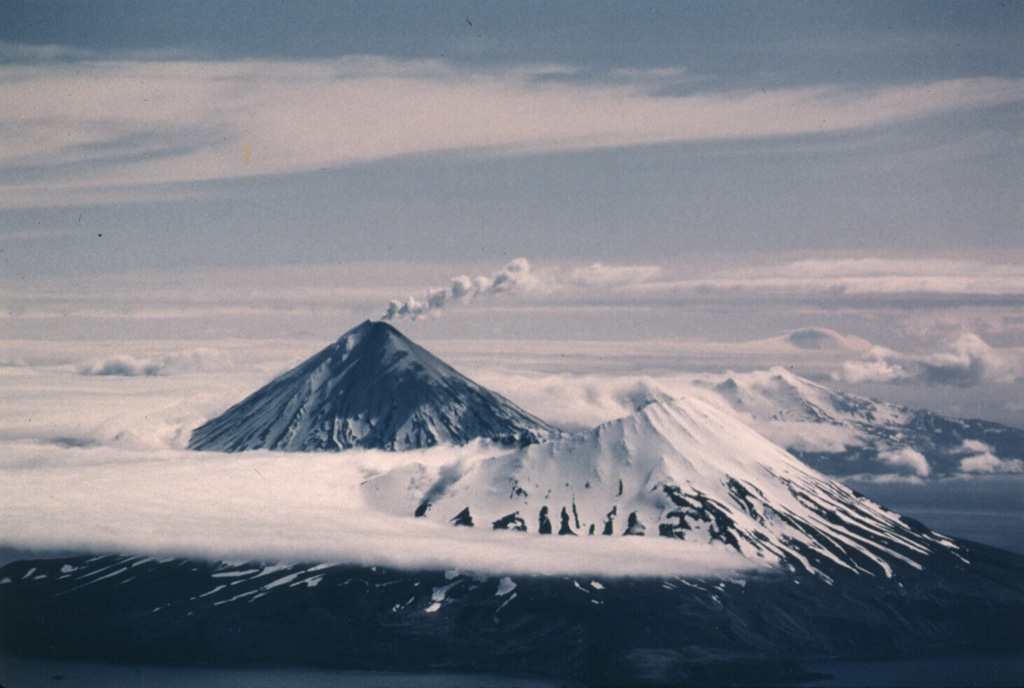 Herbert is a cone containing a 2-km-wide summit caldera that opens to NW. This 23 June 1987 view from the WSW shows a small plume originating from Cleveland in background, with darkened slopes from ashfall produced during an eruption that began on 19 June. 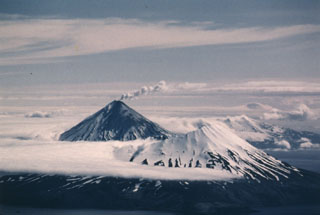