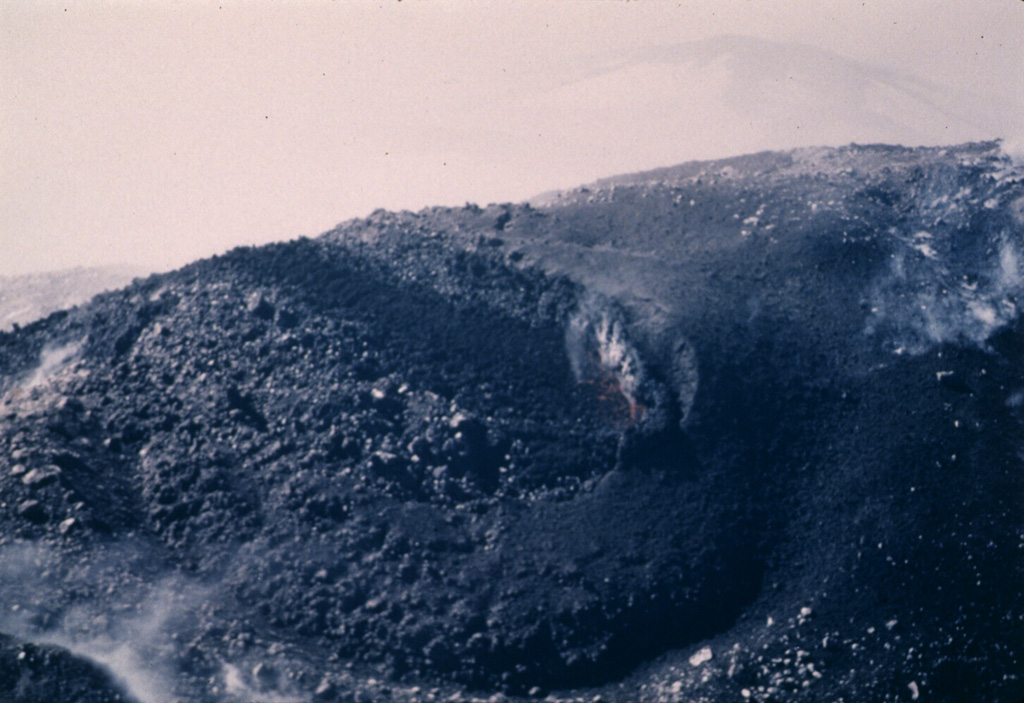 An eruption of Cleveland in 1987 began with explosive activity on 19 June that deposited ash onto snow on the flanks. On 23 June, the date of this photo, a lava flow from the summit eventually extended 2.5 km down the ESE flank. Lava fountaining was observed on 22 July, and on 28 August a large explosive eruption produced an ash plume that reached over 10 km altitude.