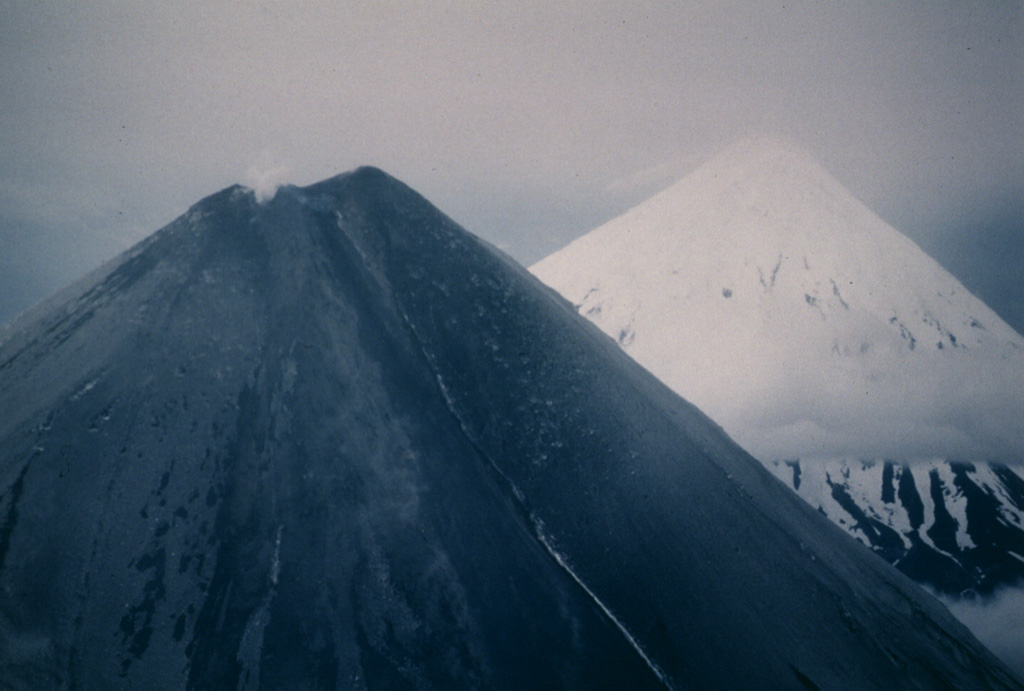 Both Cleveland (left) and Carlisle (right) volcanoes in the Aleutian islands are snow-covered, but the flanks of Cleveland in this 24 June 1987 photo, seen from the ESE, are darkened by ashfall deposits from an explosive eruption that began on 19 June.