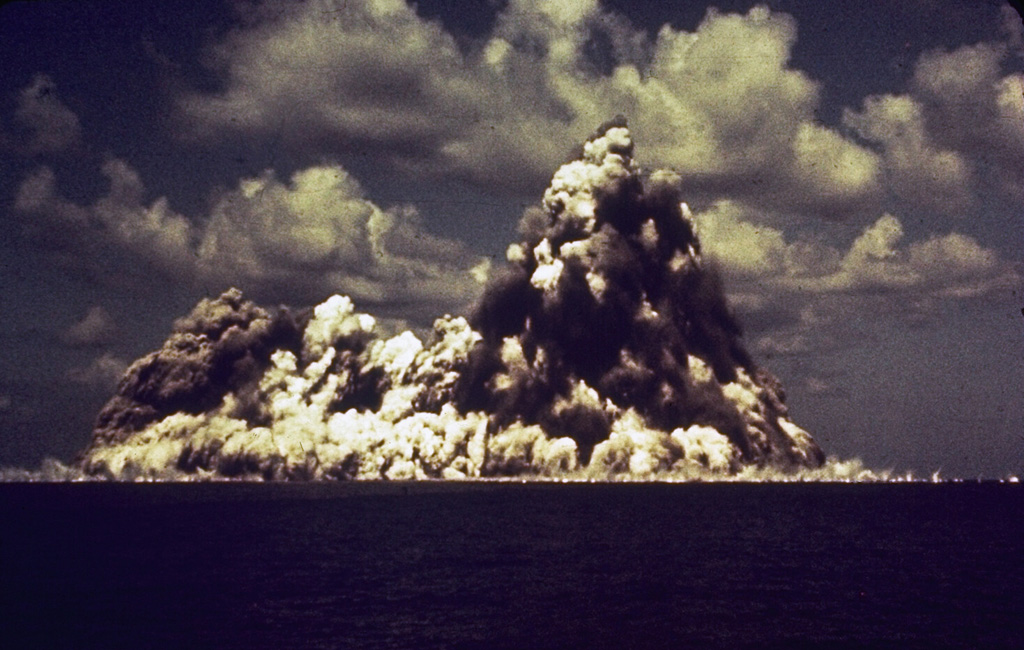 A submarine eruption at Myojinsho lava dome on the rim of Beyonesu Rocks caldera in the central Izu Islands on 23 September 1952. This photo shows vertically rising plume of ash and steam (cocks’s-tail plume) and a base traveling across the sea surface. This photo was taken 8 seconds after the explosion first breached the surface. The eruption began on 16 September when a lava dome rose towards the sea surface. Explosive activity then intermittently destroyed the dome. This cycle occurred three times until October 1953.