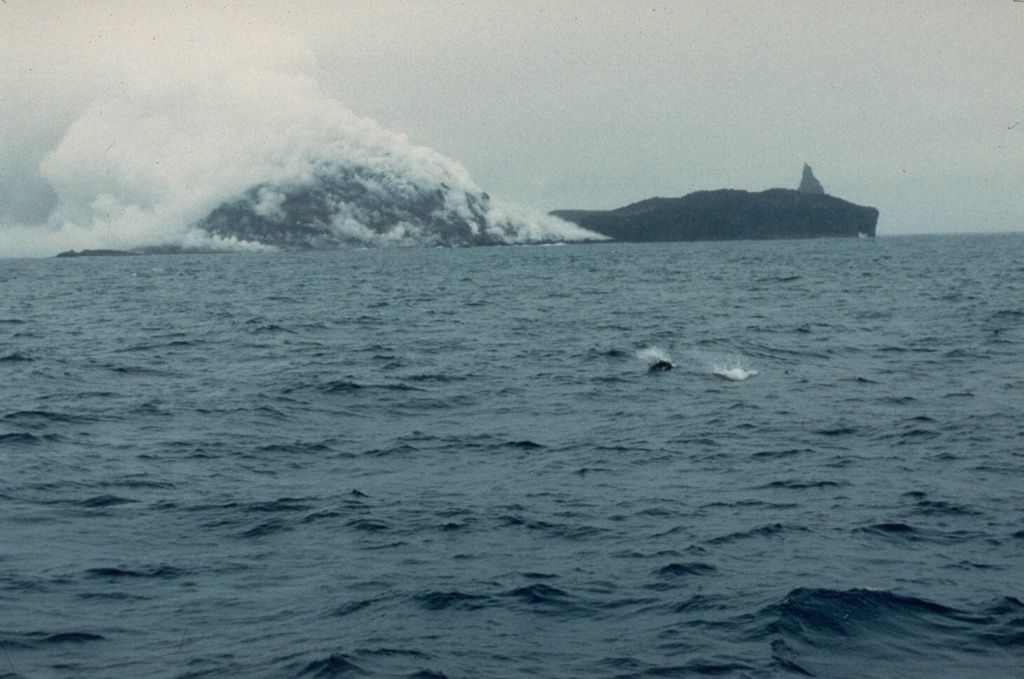 Plumes produced by degassing of a growing lava dome rise from the northern tip of Bogoslof on 21 July 1992. The 1992 eruption was first observed on 6 July when pilots saw steam and ash rising above the volcano. On 20 July an ash plume rose to 8 km. A new lava dome grew to a height of 100-m by the time the eruption ended in late July. The 1927 lava dome forms the dark land to the right with the pinnacle of Castle Rock behind it.