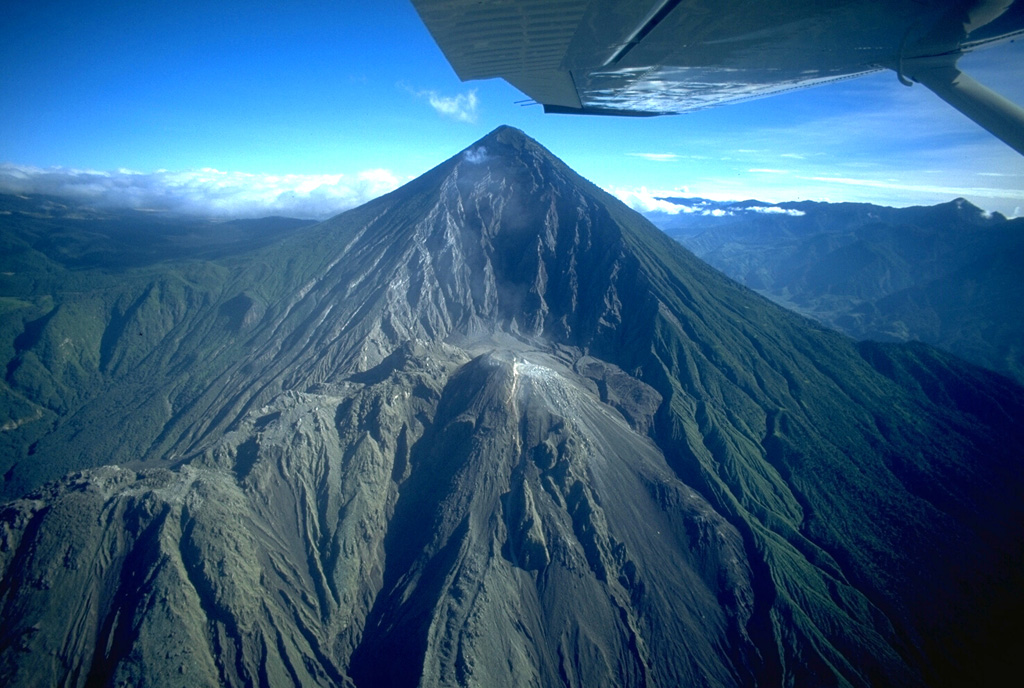 Santa María volcano is seen here in November 1994. The upper SW flank has a 1-km-wide crater formed during a catastrophic eruption in 1902. Two decades later the Santiaguito lava dome began growing at the base of the crater, forming the elongate ridge below the summit and to the left. Since 1922 the Santiaguito dome complex has exhibited frequent explosive activity accompanying episodic periods of dome growth and lava extrusion.