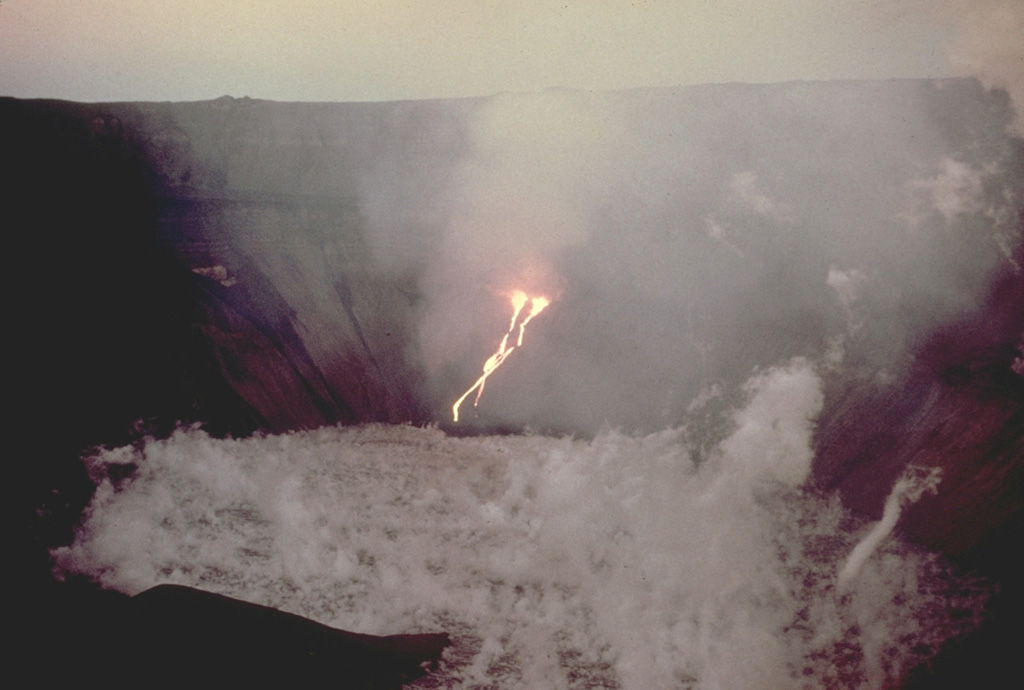 Streams of incandescent lava descend into the steaming caldera lake of Fernandina volcano in December 1973. This was one of several eruptions during the 1970's that produced lava flows from vents on caldera benches that spilled into the caldera lake. This eruption began on December 9 from vents 220 m below the east end of the SE bench, producing lava flows that formed a small lava delta in the lake. Glow was no longer visible the night of December 15, and ground observation on December 17 confirmed that the eruption had ceased.