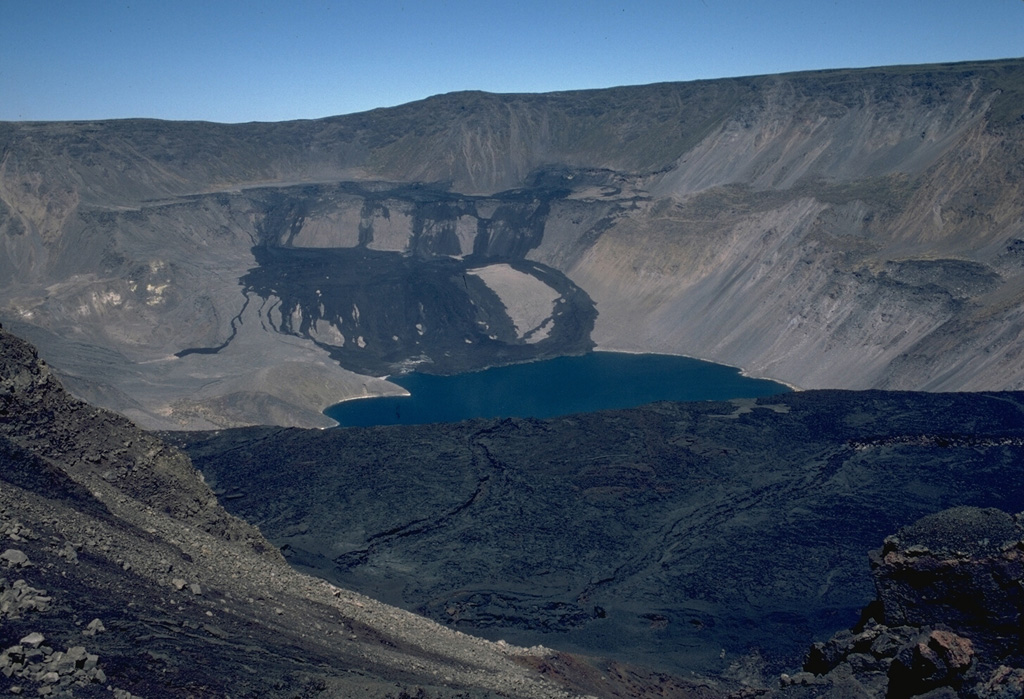 The dark lava flows at the far NW end of Fernandina caldera were emplaced in August 1978. An eruption beginning on August 8 produced an eruption cloud 4.5-6 km high. This was followed by the emplacement of a large lava flow from a 1-km-long fissure system on the NW caldera bench that flowed into the caldera lake. Lava fountaining was observed during visits to the caldera rim, on August 10-13 and 16-19. The eruption had ended by the 26th. Fresh lava flows in the foreground mantle the surface of the prominent SE caldera bench.