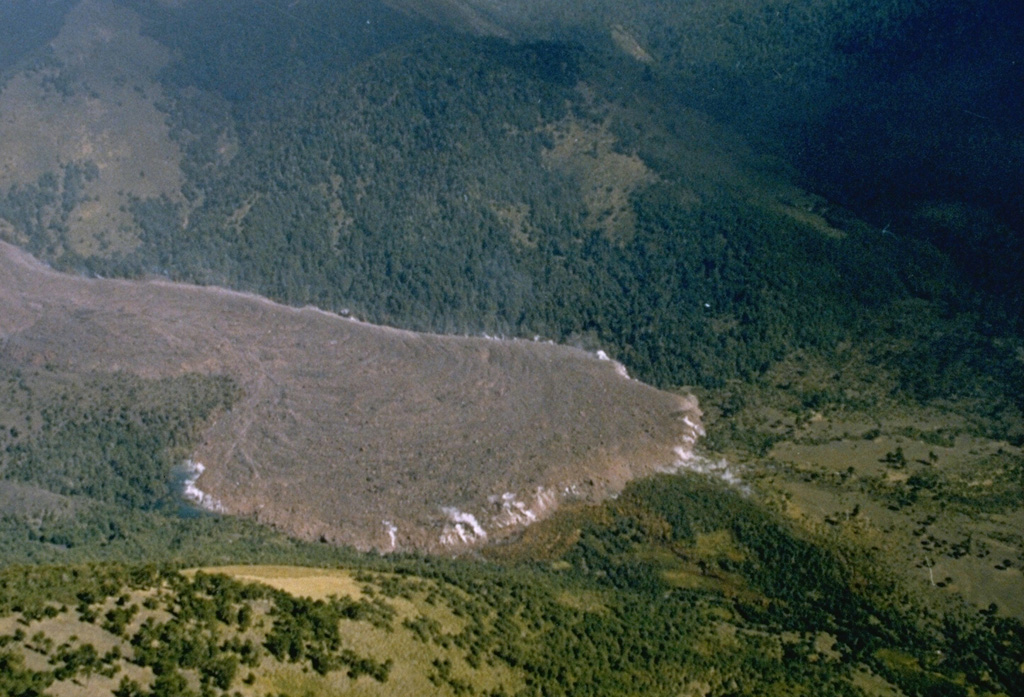 A steaming lava flow, 30-35 m thick and 1-km-wide, originating from Navidad cinder cone on the NE flank of Chile's Lonquimay volcano advances down the Río Lolco valley. By the time of this 25 March 1989 photograph, the flow had traveled about 7 km. Lava effusion began on 27 December 1988, two days after the beginning of an eruption that lasted until January 1990. The velocity of the slow-moving flow front decreased exponentially with distance from the vent. By the end of the eruption the lava flow reached 10 km from the vent and had a volume of 0.23 km3.