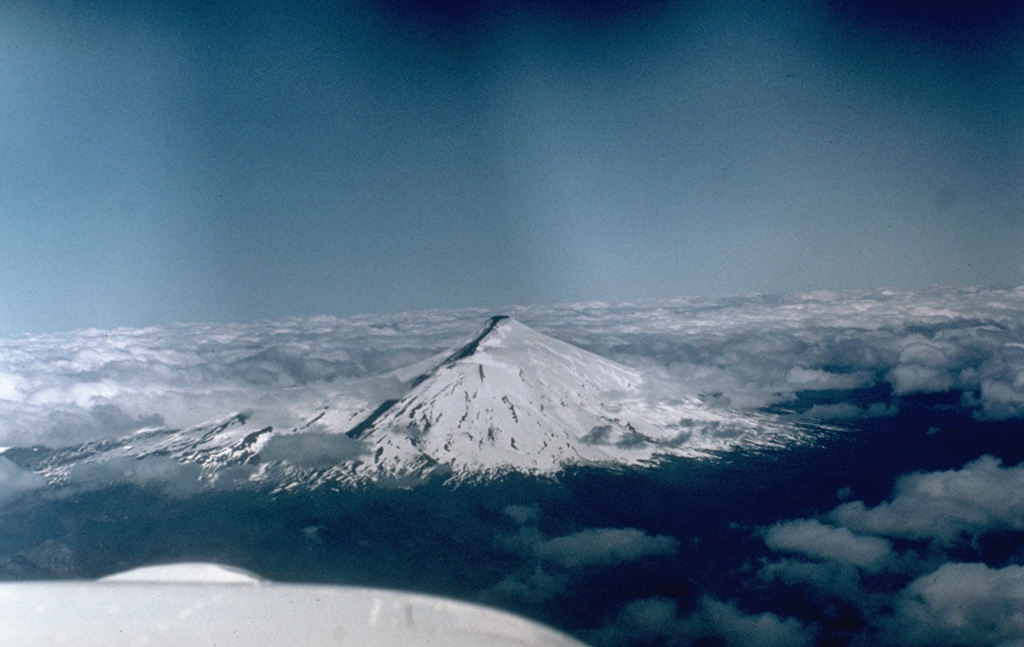 Snow-capped Villarrica, one of Chile's most active volcanoes, is seen here in 1984 with a dark-colored lava flow descending its flank. Plinian eruptions and pyroclastic flows have been produced during the Holocene from this dominantly basaltic volcano, but historical eruptions have consisted largely of mild-to-moderate explosive activity with occasional lava effusion. Lahars from the glacier-covered volcano have damaged towns on its flanks.