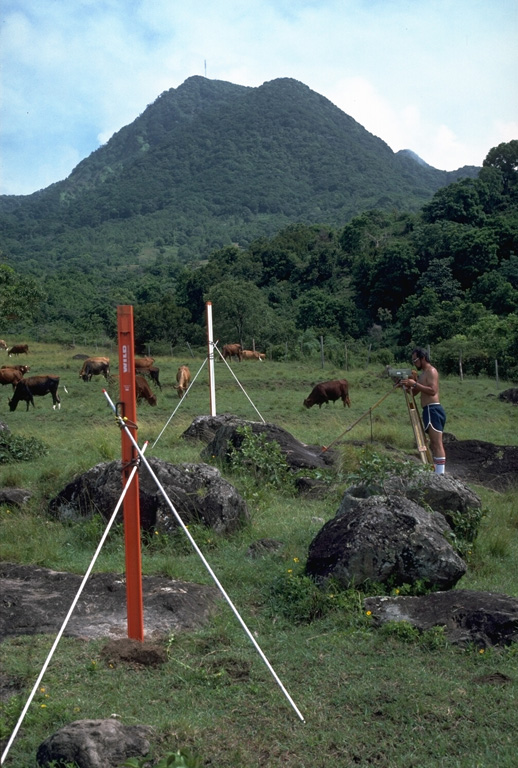 Scientists take precision leveling measurements on the west flank of Soufrière Hills volcano on Montserrat Island in 1985. These measurements, made prior to an eruption that began in 1995, provided baseline data essential for detecting deformation of the volcano associated with the eruption. The cattle in this pastoral scene are grazing on the boulder-littered surface of pyroclastic-flow deposits from earlier eruptions of Soufrière Hills. The hill in the background is Gage's lava dome, the NW-most of a series of lava domes in the summit region.