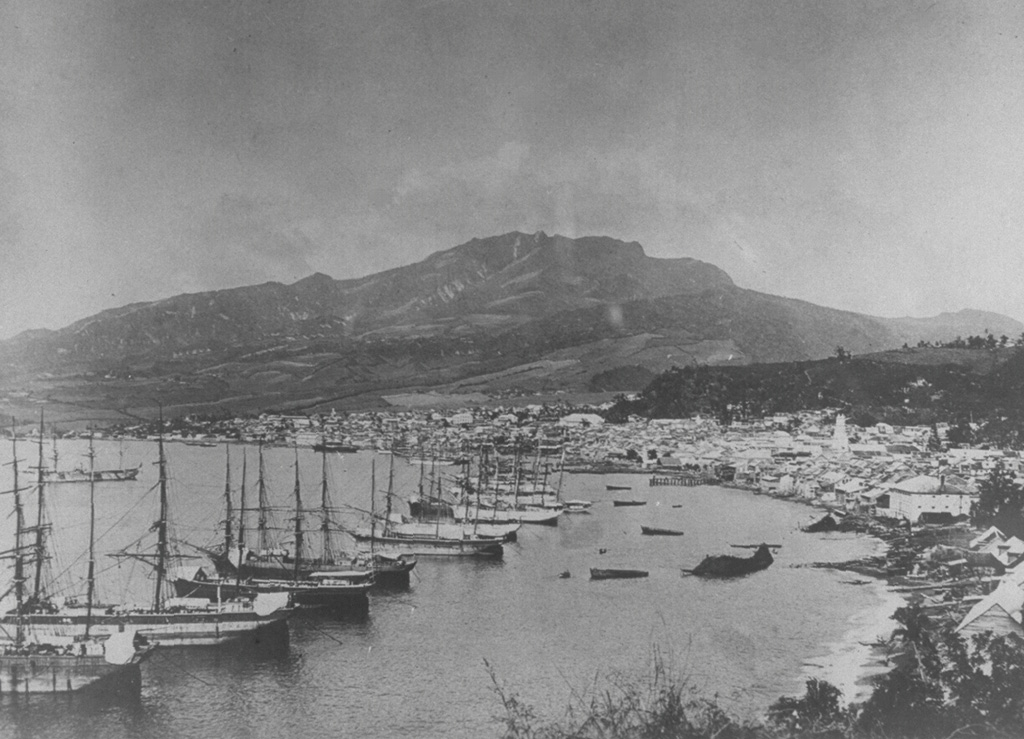 Ships line the harbor of St. Pierre before the catastrophic 1902 eruption. Prior to 1902, St. Pierre was one of the leading ports of the Carribean. At that time Mont Pelee was a forested volcano with a flat-topped summit. Residents and officials of St. Pierre, in the foreground 7.5 km south of the volcano, were not concerned that the volcano posed a threat to the city. Pelee had not erupted since 1851, and only minor phreatic eruptions had occurred then.