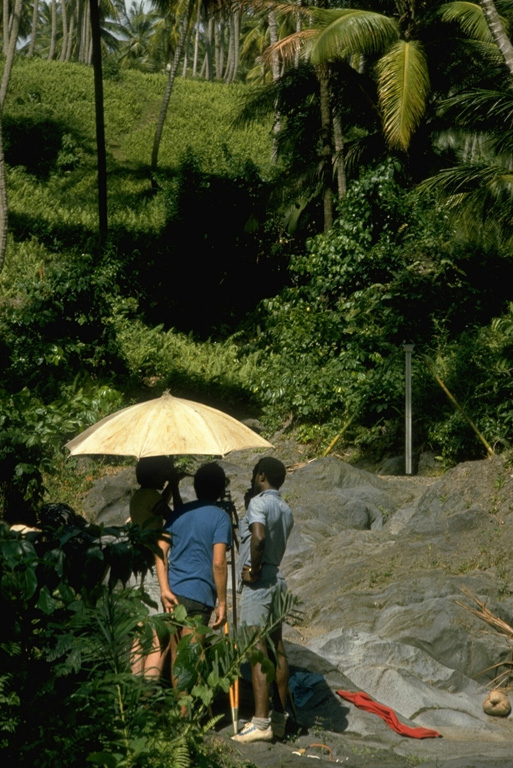 Scientists from the University of West Indies and Smithsonian Institution make precision leveling measurements on the east flank of Soufrière volcano. The optical leveling instrument, under the umbrella for protection from the sun, is used to measure precise differences in elevation between fixed benchmarks. Elevations are read from a stadia rod (across the dry stream bed at the right) placed on top of the benchmark. Areas of stable bedrock flat enough to conduct measurements are difficult to find on heavily vegetated tropical volcanoes.