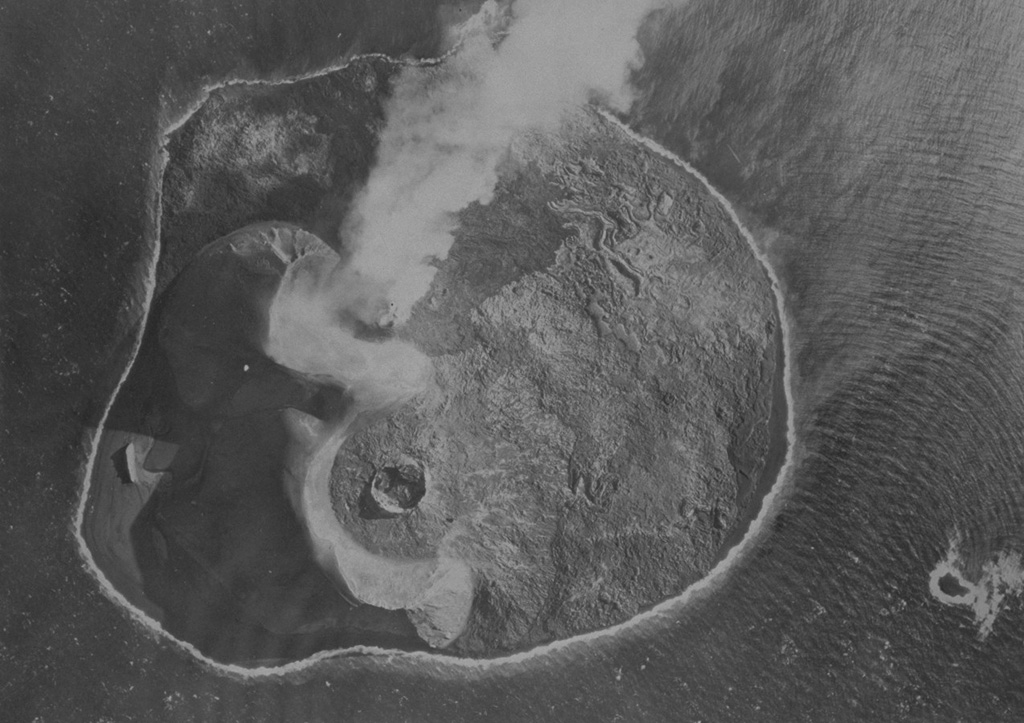 The island of Surtsey, seen here from the NW, developed during an eruption from 1963 to 1967 CE. This 1966 photo shows an active eruption from the floor of the Surtur cone (top), with a small steam plume towards the SE and fresh dark lavas on the eastern side of the island (top). The circular Surtungur vent (bottom cone), and its contiguous lava shield to the south were formed in 1964-65 during a period of lava effusion.

Photo by Icelandic Survey Department, 1966 (published in Green and Short, 1971).