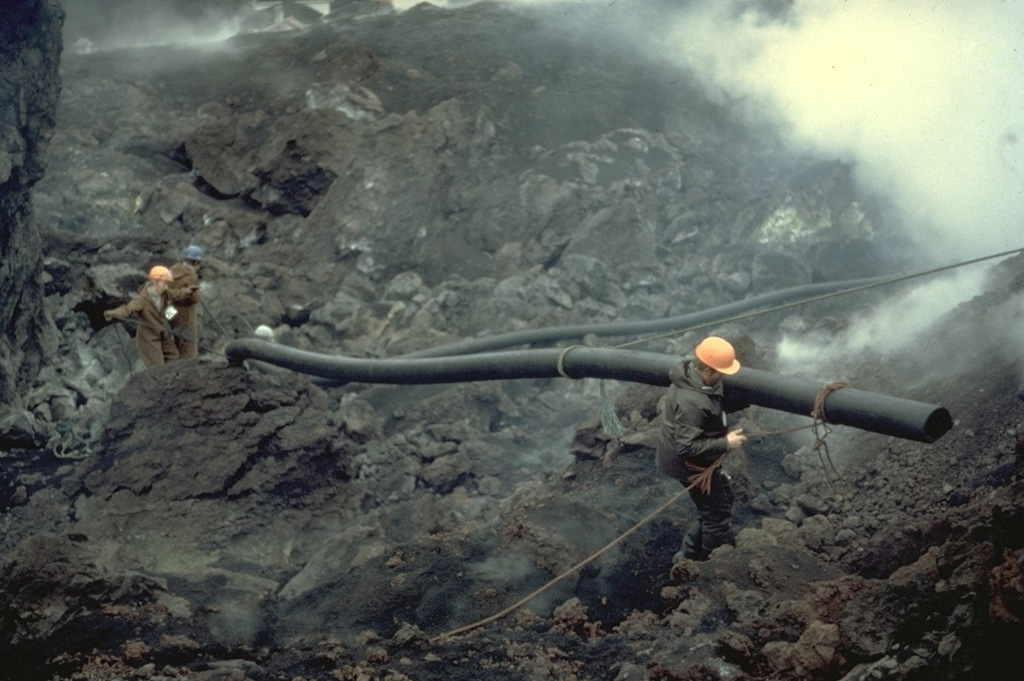 Workers carry pipes used during a massive attempt to cool the advancing lava flow produced by the 1973 eruption of Heimaey volcano. Water was pumped beginning on February 6, initially using a single large pump, and then larger pumps flown in from Iceland and the United States. On March 1, a pumping vessel arrived that sprayed water from the harbor. Cooling locally produced solidified barriers that diverted and stopped the lava flow. The lava flow created new land when it entered the sea and eventually improved the island's only harbor.