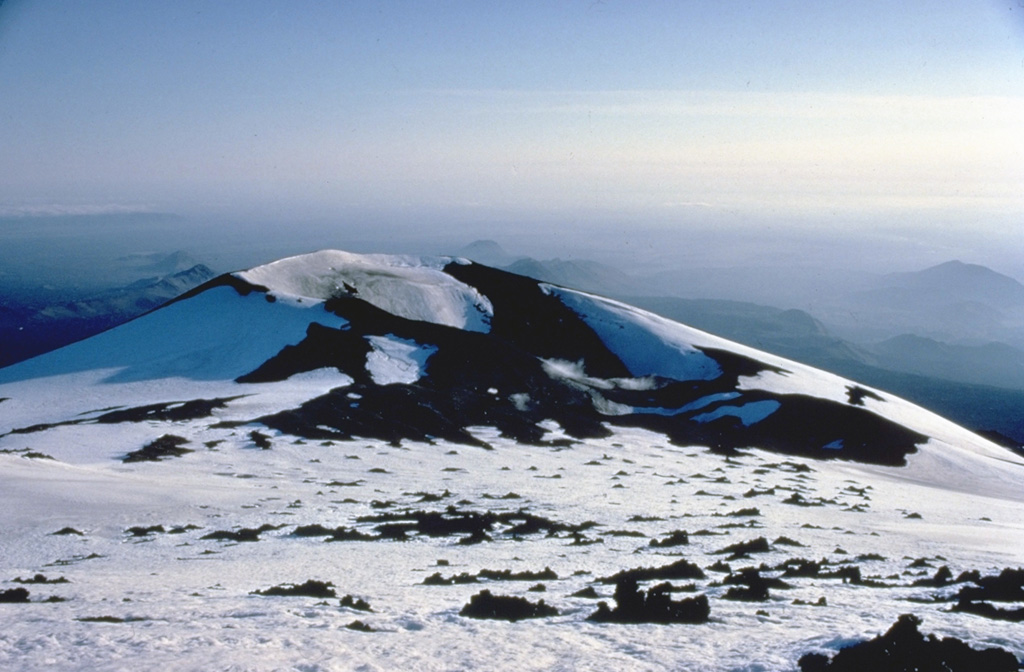 Axlargigur, at the SW end of Hekla's summit ridge, was one of the principal vents during a major eruption in 1947. The initial plinian phase of the eruption began on March 29, 1947, and produced a towering ash column that reached a height of 30 km. Tephra fall occurred primarily to the south, and ashfall reached the Finnish-Russian border. Lava flows from a 5-km-long fissure along the summit ridge covered 40 sq km, primarily on the eastern, southern, and western sides of the volcano.