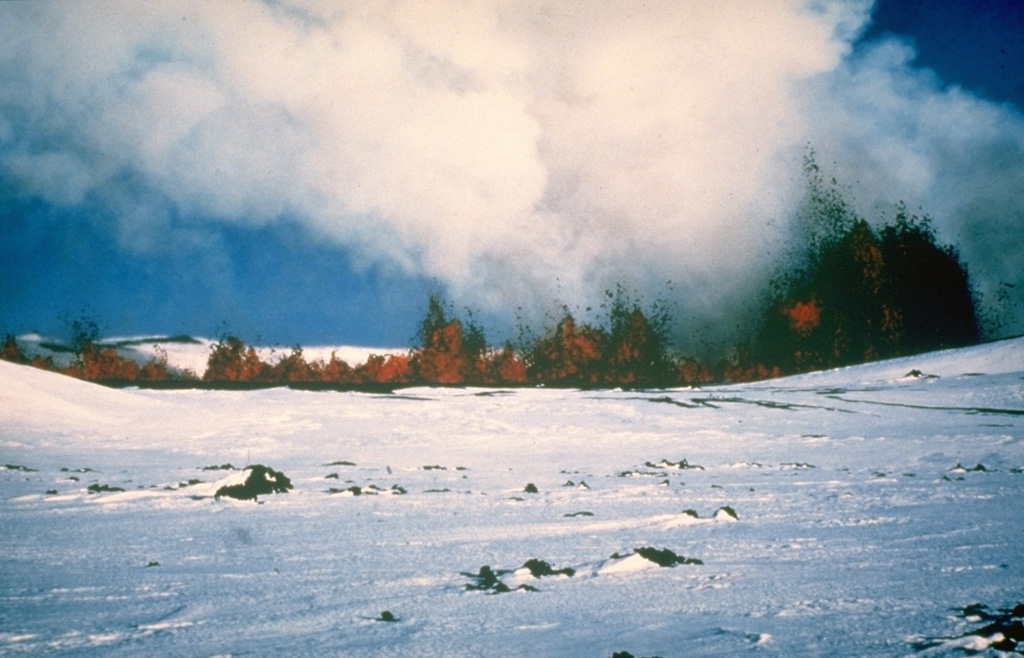 Lava fountains rise above an eruptive fissure cutting the snow-covered floor of Krafla caldera on 16 March 1980. This eruptive episode, the first of four during 1980, lasted only six hours. The fissure was active along a total length of 4.5 km, although the longest continually active segment was 800 m long. Most of the lava effusion took place during the first two hours. Eight separate lava flows were erupted, covering an area of 1.3 km2 to a depth of 2 m.