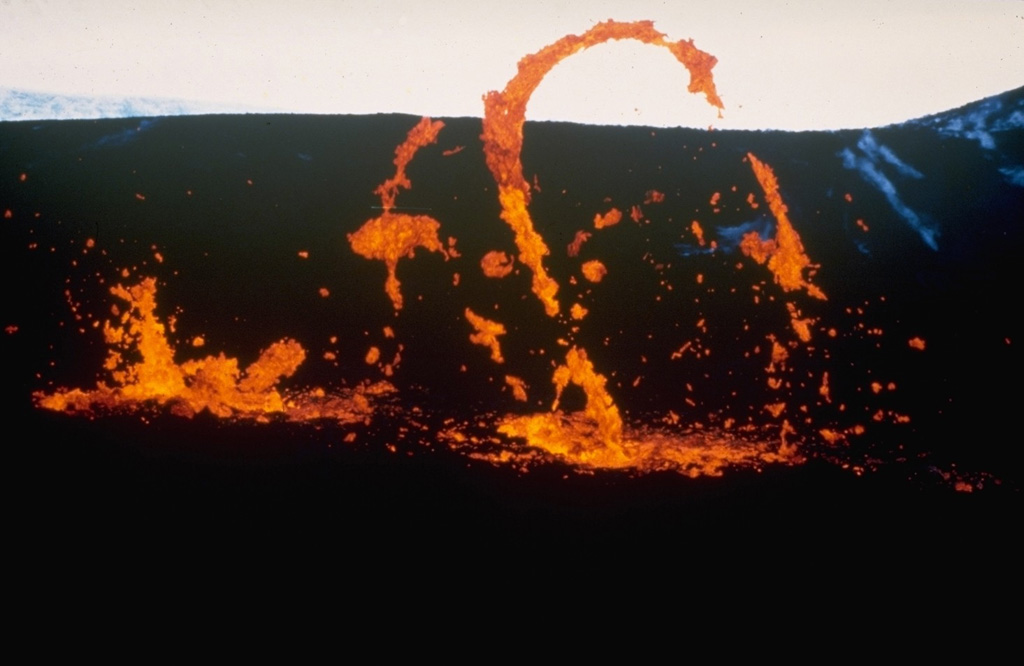 Ribbons of molten lava are thrown from a vent at Krafla volcano in October 1980 during a period of low-intensity activity. Four eruptive episodes occurred at Krafla during 1980. One of these, a brief episode of phreatic activity on 15 June, was explosive. The other three eruptive phases, in March, July, and October, were dominantly effusive.