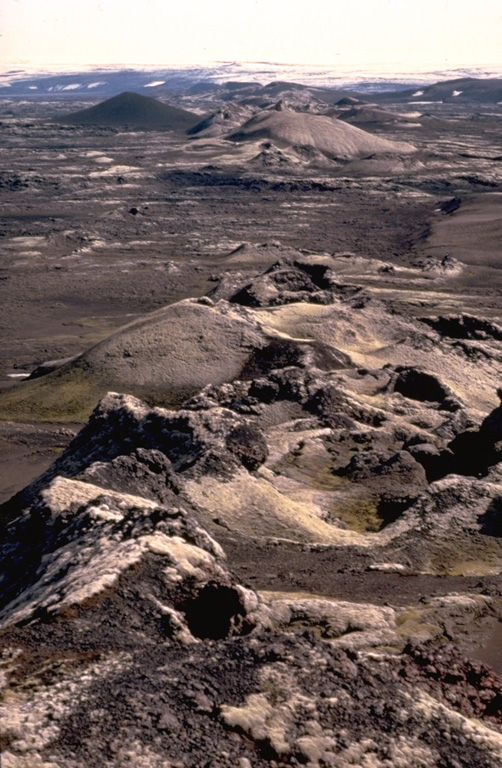 The Earth's largest known lava flow during historical time was erupted from the Lakagigar (Skaftár) fissure beginning June 8, 1783. Eruptive activity may have occurred at Grímsvötn caldera earlier in May. The 15 cu km Laki lavas were erupted over a 7-month period from a 27-km-long fissure system composed of 10 en-echelon fissures. Extensive crop damage and livestock losses caused a severe famine that resulted in the decimation of 22% of the population of Iceland.