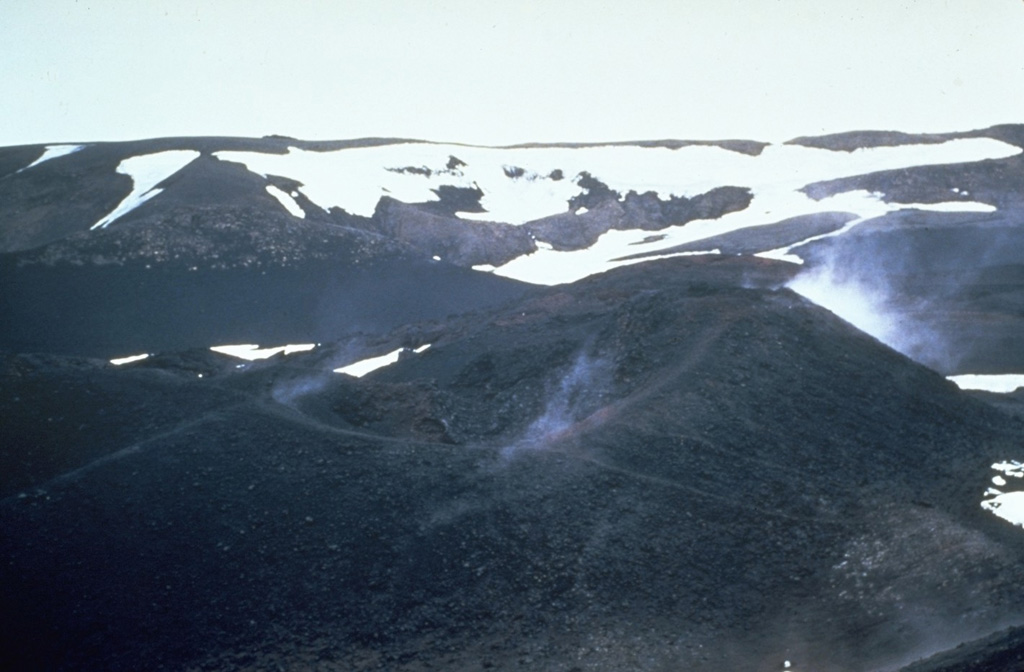 Steam rises in 1967 from a scoria cone along the Vikraborgir crater row, which was formed during an eruption of Askja volcano in 1961. The eruption began on 26 October from a fissure cutting the NE caldera floor. A chain of small scoria cones formed over the eruptive fissure, which fed lava flows that traveled 9.5 km E.