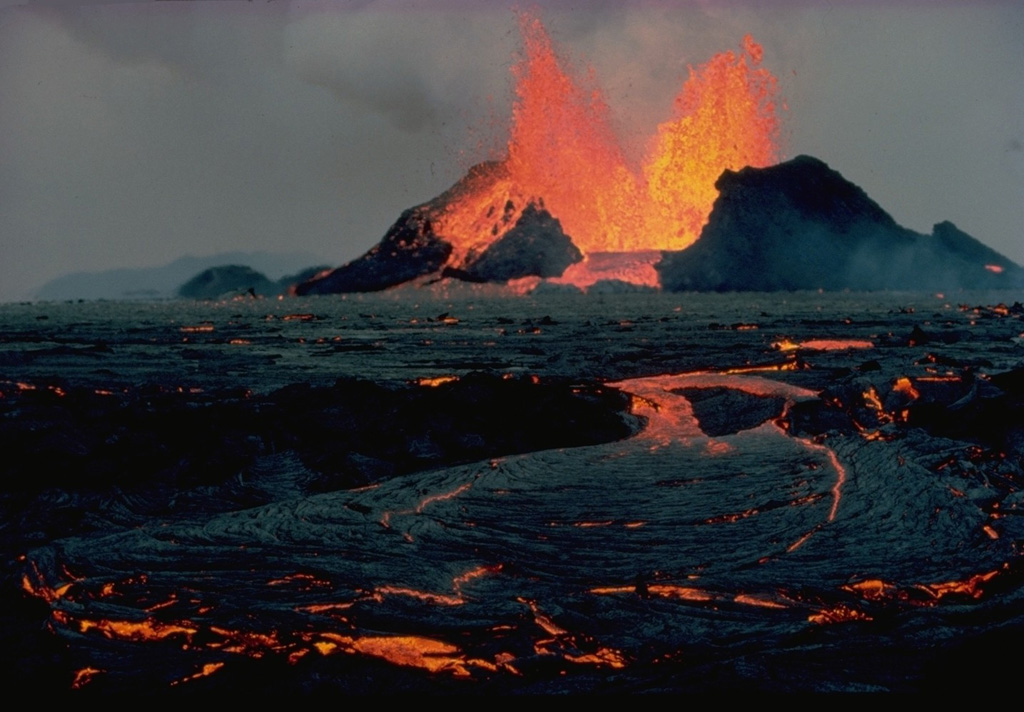 Lava fountains feed an incandescent lava flow at Krafla in September 1984. The eruption began on September 4, following a quiet interval of 33 months, from fissures extending 8.5 km north from Leirhnjukúr. Lava production was highest at the northern end of the fissure. The eruption lasted until September 18, and marked the end of an intermittent eruptive episode at Krafla that began in 1975.