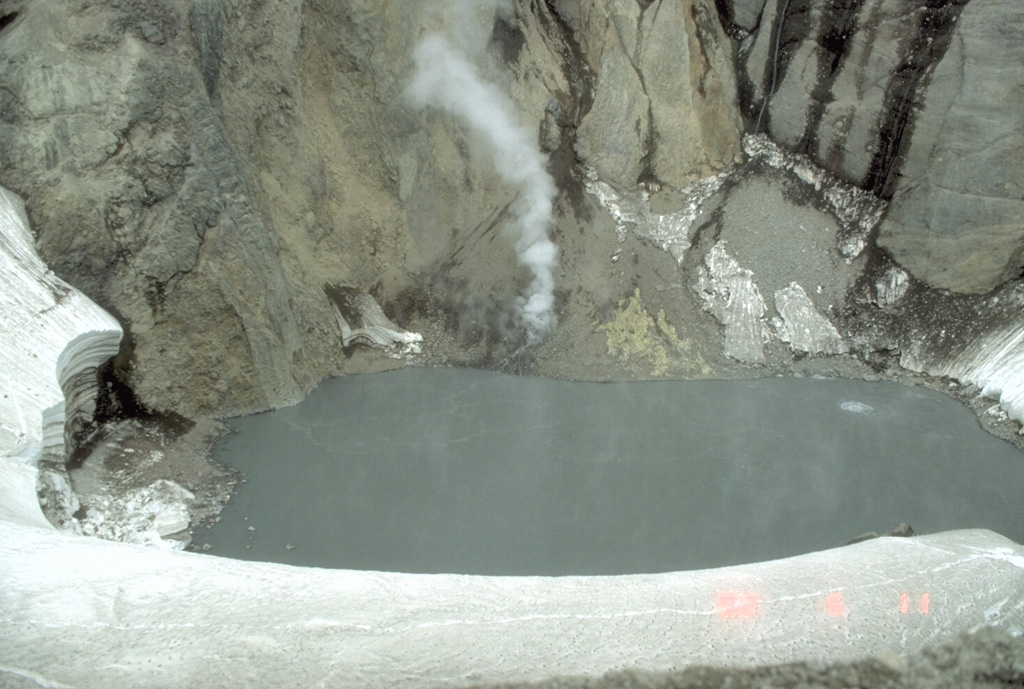 In early June 1992, this lake inside Crater Peak vent at Mount Spurr had a temperature of 49.7°C and a pH of 2.5. Note a circular upwelling zone about 5 m across to the upper right, and the plume rising from the talus pile on the far shore. This photo was taken on 11 June, a little more than two weeks prior to a major explosive eruption that ejected the crater lake.