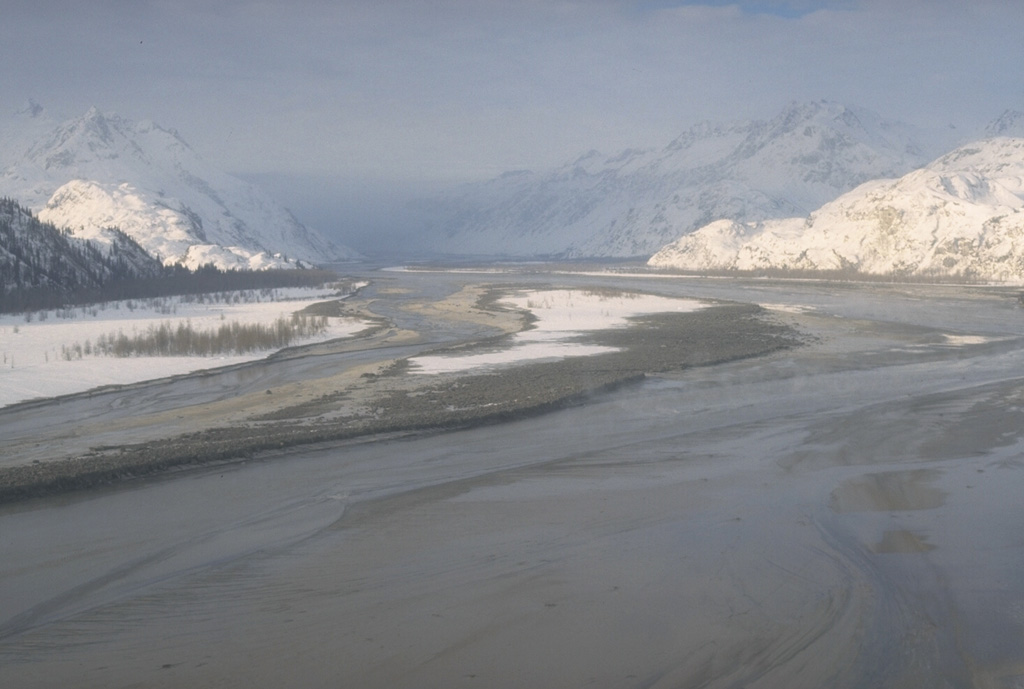 Lahars that formed during the 1989-90 eruptions of Redoubt in Alaska accumulated in the Drift River Valley NE of the volcano. The largest lahars, such as this one from the 15 February 1990 eruption, covered the valley floor nearly wall-to-wall and extended more than 35 km to the Cook Inlet.