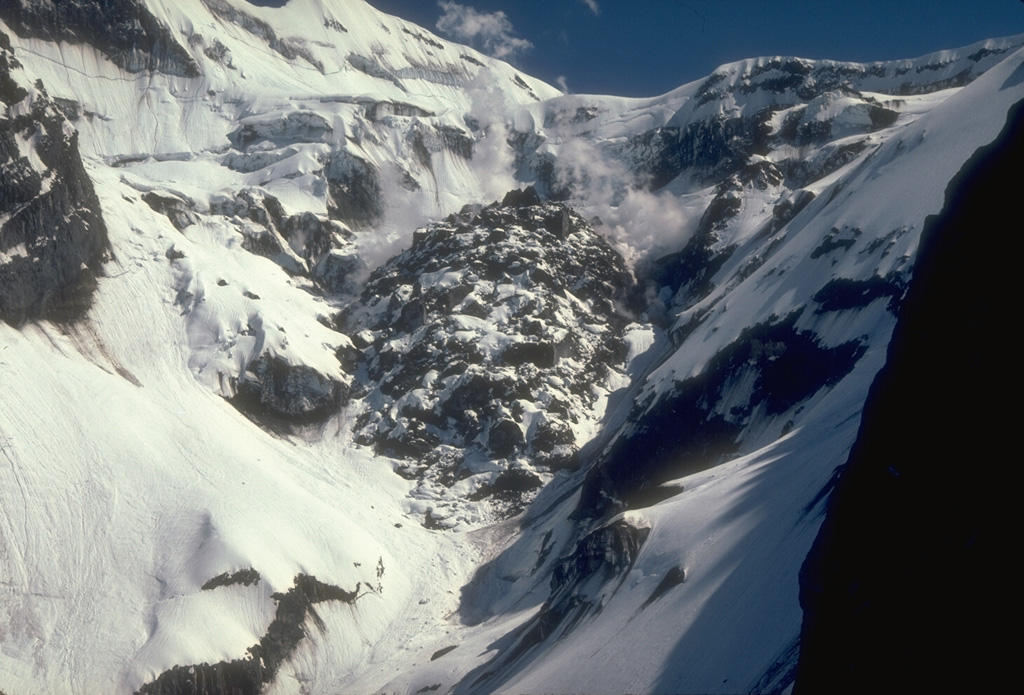 This view from the north shows the final lava dome of the 1989-90 eruption of Alaska's Redoubt volcano approximately one year after the end of the eruption. The dome measures 350-400 m across and contains around 10 million cubic meters of material. In this photo, snow is accumulating on the cooling lava blocks while hydrothermal activity continues to produce intermittent steam plumes. Periodic lava dome growth during the eruption was punctuated by strong explosions that destroyed earlier lava domes.