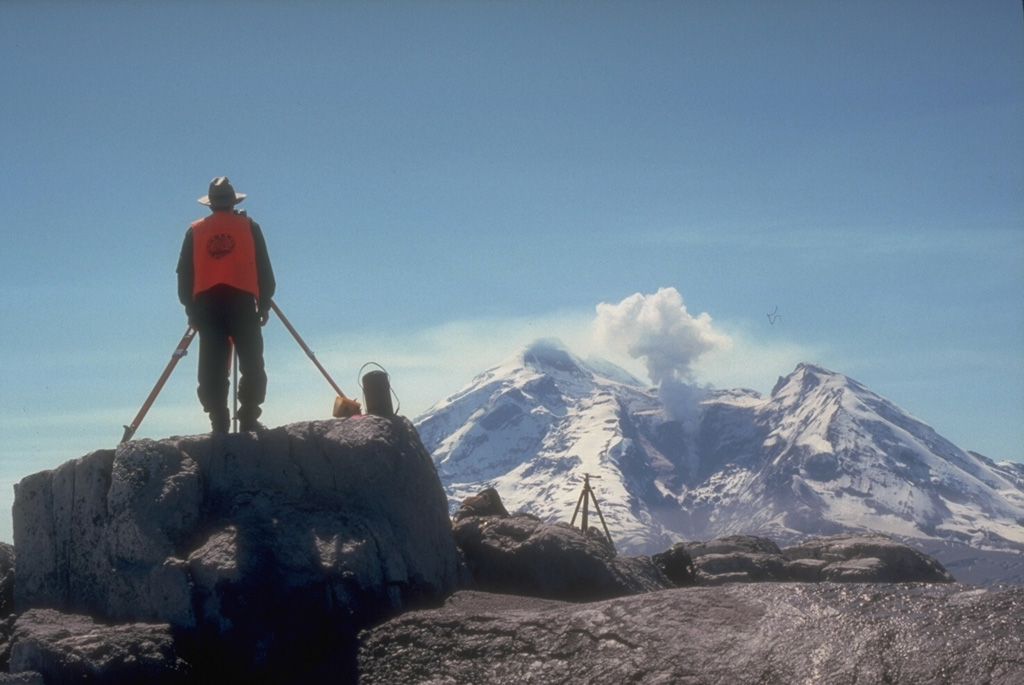 An Alaska Volcano Observatory geologist uses a laser-surveying instrument to measure precise distances to targets installed on the flanks of Redoubt. Minute changes in distances to the targets can reflect ground deformation that may indicate magma movement or other processes. Steam rises above a lava dome in the crater of Redoubt in this photo taken on 5 May 1990, near the end of an eruption that had begun the previous December.