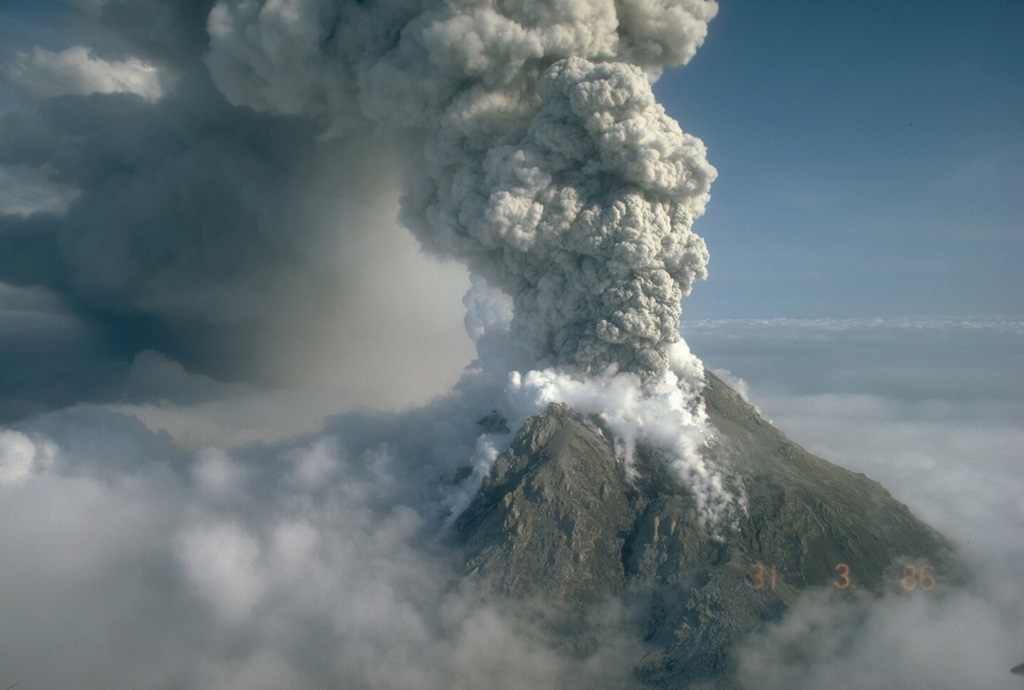 An ash plume rises above Augustine on 31 March 1986. The plume reached a height of 12 km. Powerful explosions during the initial days of the 1986 eruption, which began on 27 March, removed portions of the 1976 summit lava dome. This view from the SW shows a darkened area of ash deposition downwind from the eruption plume as it disperses away from the volcano.