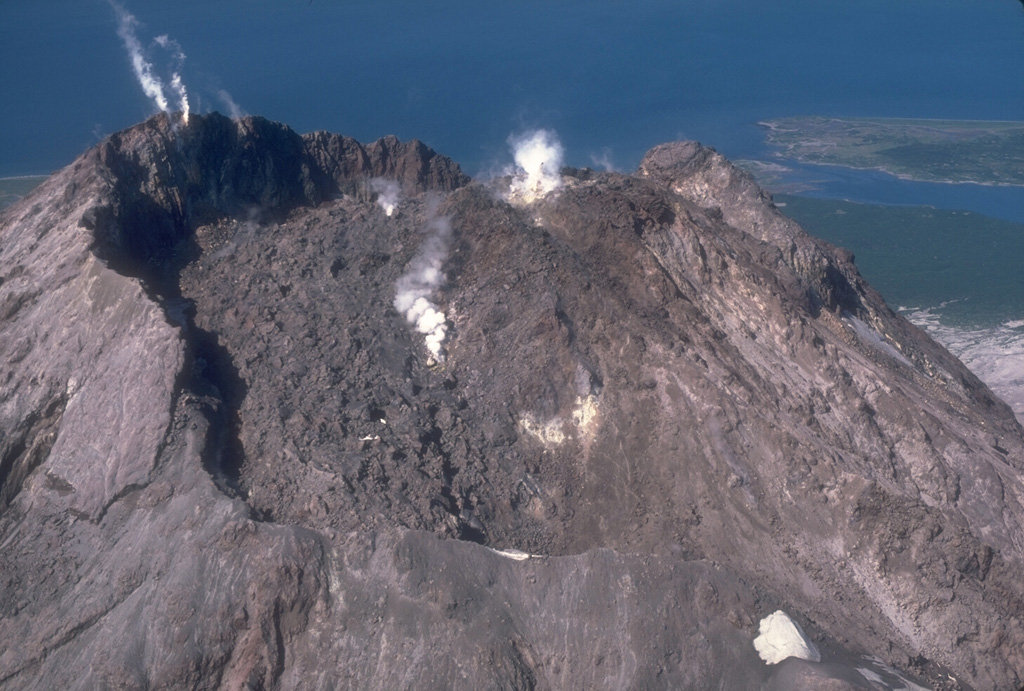 The 1976 lava dome, seen from the east in this 1982 photo of Augustine, formed within an arcuate crater rim that was produced by explosive removal of part of the 1964 lava dome during an earlier phase of the 1976 eruption. The small peak to the upper right is a remnant of the 1935 lava dome. Small plumes rise from the 1976 dome (center) and from fumaroles at the summit of the 1964 dome remnant (upper left).