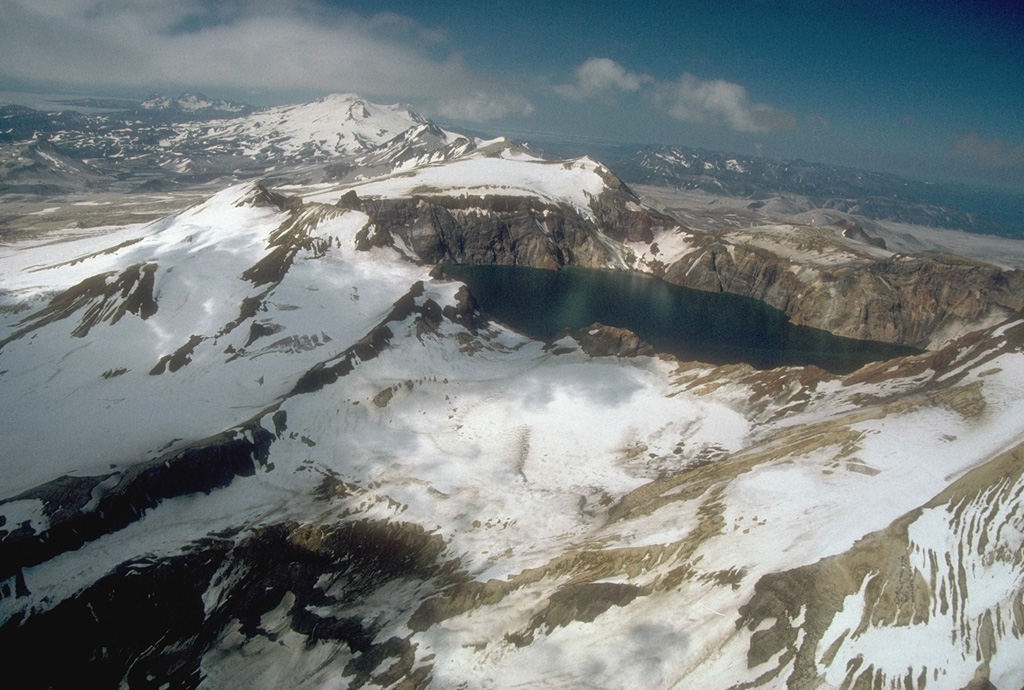 Katmai caldera, formed during the catastrophic eruption of the nearby Novarupta vent in June 1912, is seen here in an aerial view from the NE. The steep-walled, 1.5-km-wide caldera formed on a cluster of overlapping cones and is partially filled by a lake. Beyond the caldera are the multiple peaks of Trident volcano; Mageik volcano is the snow-and-ice-covered cone in the background.