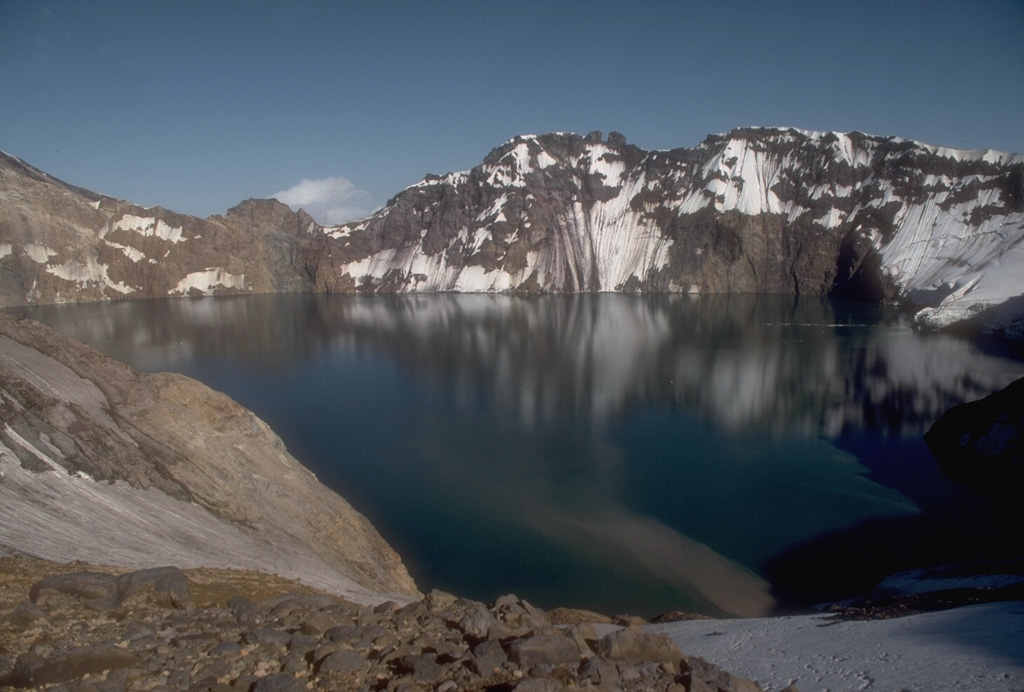 Katmai caldera, seen here from its west rim, is a 3 x 4.5 km wide caldera that formed in 1912. Little if any eruptive activity took place at Katmai itself, which prior to collapse was a complex of four small overlapping stratovolcanoes. Hydraulic draining of magma away from Katmai to Novarupta volcano (10 km W) during the catastrophic 1912 eruption caused the collapse of the unsupported summit. The 250-m-deep caldera lake covers a small lava dome and tuff ring that erupted on the floor of the caldera.