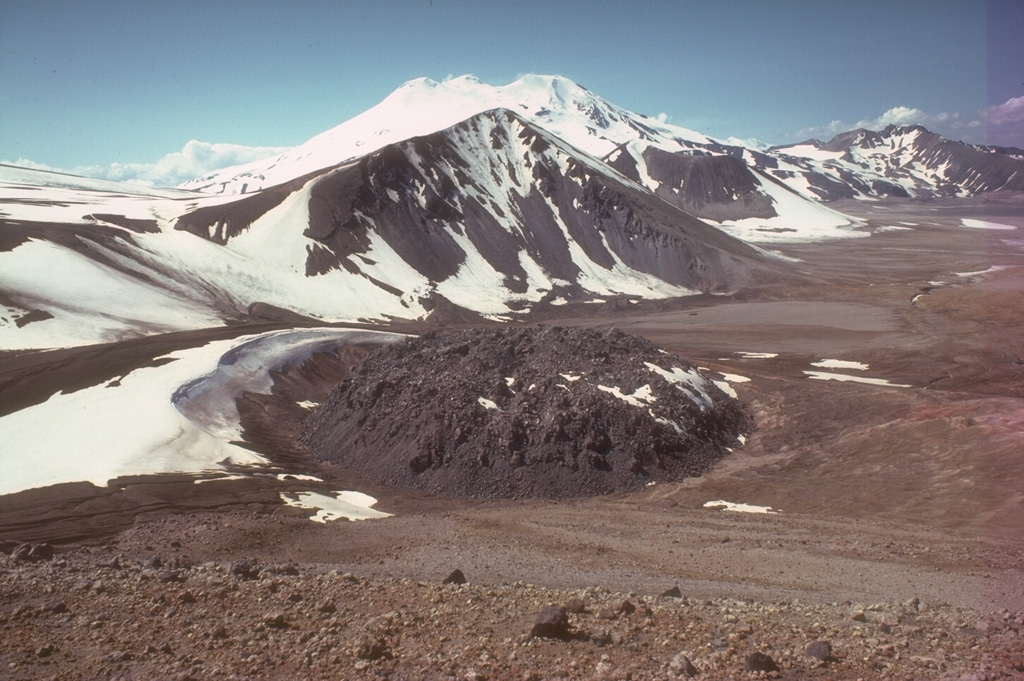 A lava dome 65 m high and 380 m wide lies within a circular ejecta ring and caps the 1912 vent of Novarupta volcano. A 60-hour-long eruption that began on 6 June 1912 was the largest eruption during the 20th century, producing The Valley of Ten Thousand Smokes pyroclastic flow deposit which forms the flat ground to the right. The face of Falling Mountain, behind Novarupta dome, was sheared off by a 2-km-wide collapse around the vent. This view from the NE shows snow-capped Mageik in the background.